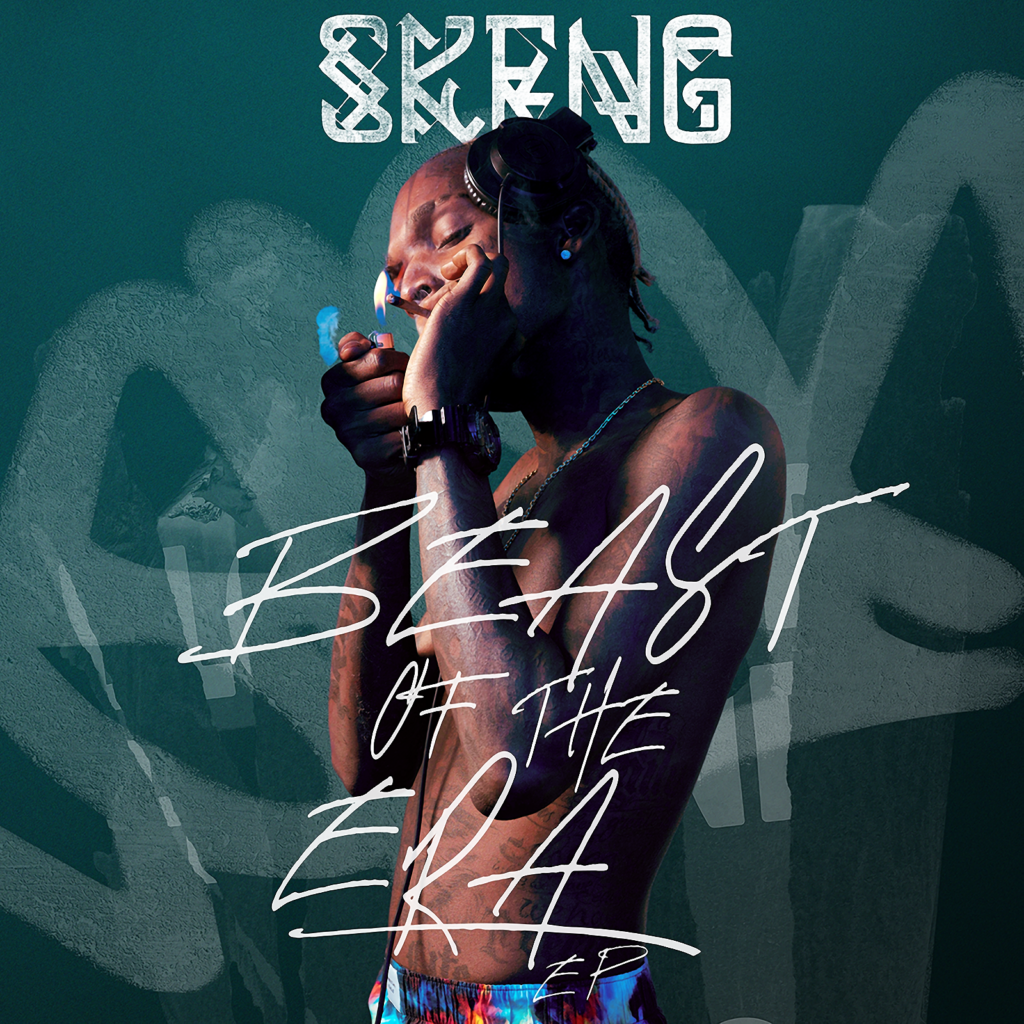 Skeng – Beast Of The Era – Debut EP
– Coming hot off the heels of his Billboard charting single with Nicki Minaj earlier this year, SKENG delivers his debut EP, Beast of the Era, finding himself at the forefront of Jamaica’s new generation of dancehall artists: bringing a unique voice and perspective, and a rabid fanbase that run up his videos into millions of views within days. The EP covers the breadth of contemporary Jamaican music from party anthems to conscious offerings, and features one of Jamaica’s biggest stars, Shenseea, on the sultry and engaging track “It’s True”. As Nicki Minaj testified, “Skeng is the future…No one is a bigger Skeng fan than me. NO ONE!!!”