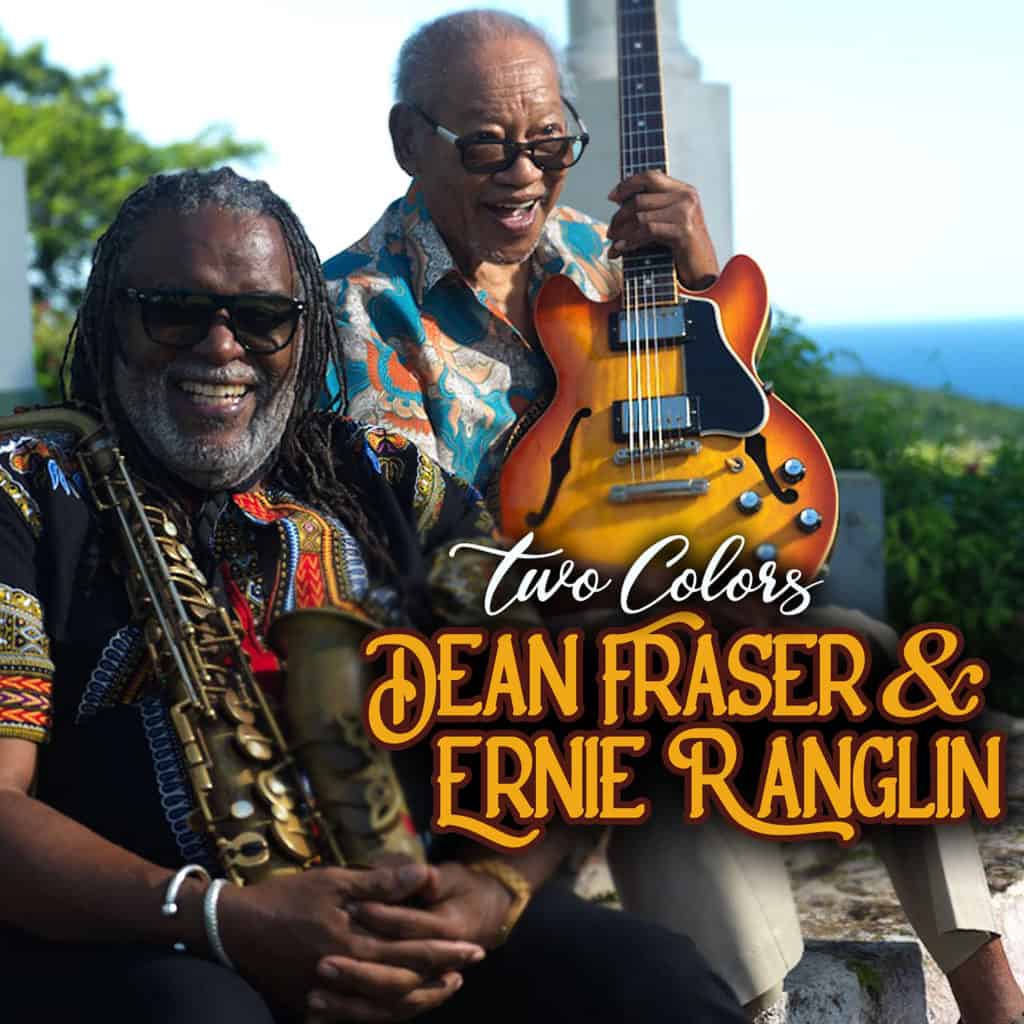 Two giants of Jamaican music, Ernie Ranglin and Dean Fraser’s paths have crossed many times over the years. On stage or in the recording studio.

Although they previously collaborated, it was not on the magnitude of “Two Colors: Dean Fraser & Ernie Ranglin”, the album you have in your possession. Ranglin’s patented guitar licks complemented by Fraser’s distinctive saxophone tones on 12 songs, several of which are dedicated to Ranglin.

Fraser oversaw production of the project. He recorded his parts in Kingston while Ranglin lay his tracks in Ocho Rios, rural Jamaica, near to his home.

Although they did not share studio space, Fraser enjoyed the sessions.

“Mr. Ranglin is a man of my own vibe. Always laughing, giving jokes, yet playing as great as he can. He just wants to play good music,” he said.

‘Two Colors’ is the idea of Tad Dawkins Senior, principal of Tad’s International Record, distributors of the album. Production started in early 2021 and took one year to complete.

Ernie Ranglin is the Godfather of Jamaican music. He has played on numerous hit songs including “My Boy Lollipop” by Millie Small, The Wailers’ “It Hurts to be Alone” and “Stranger in Love” by John Holt.

He has toured with Jimmy Cliff as musical director and recorded a number of well-received albums. Ranglin was awarded the Order of Jamaica, his country’s fifth-highest honour.

Fraser is from the fabled community of Trench Town where The Wailers (Bob Marley, Peter Tosh and Bunny Livingston) honed their legendary harmonies and songwriting.

For the the past 45 years, he has played on some of the great reggae songs including “Baltimore” by The Tamlins, “Lift up Your Head” by Everton Blender and “It’s me Again Jah” by Luciano.

Fraser, who has recorded and toured with Dennis Brown, Luciano and Tarrus Riley, is a recipient of the Order of Distinction, Jamaica’s sixth-highest honour. 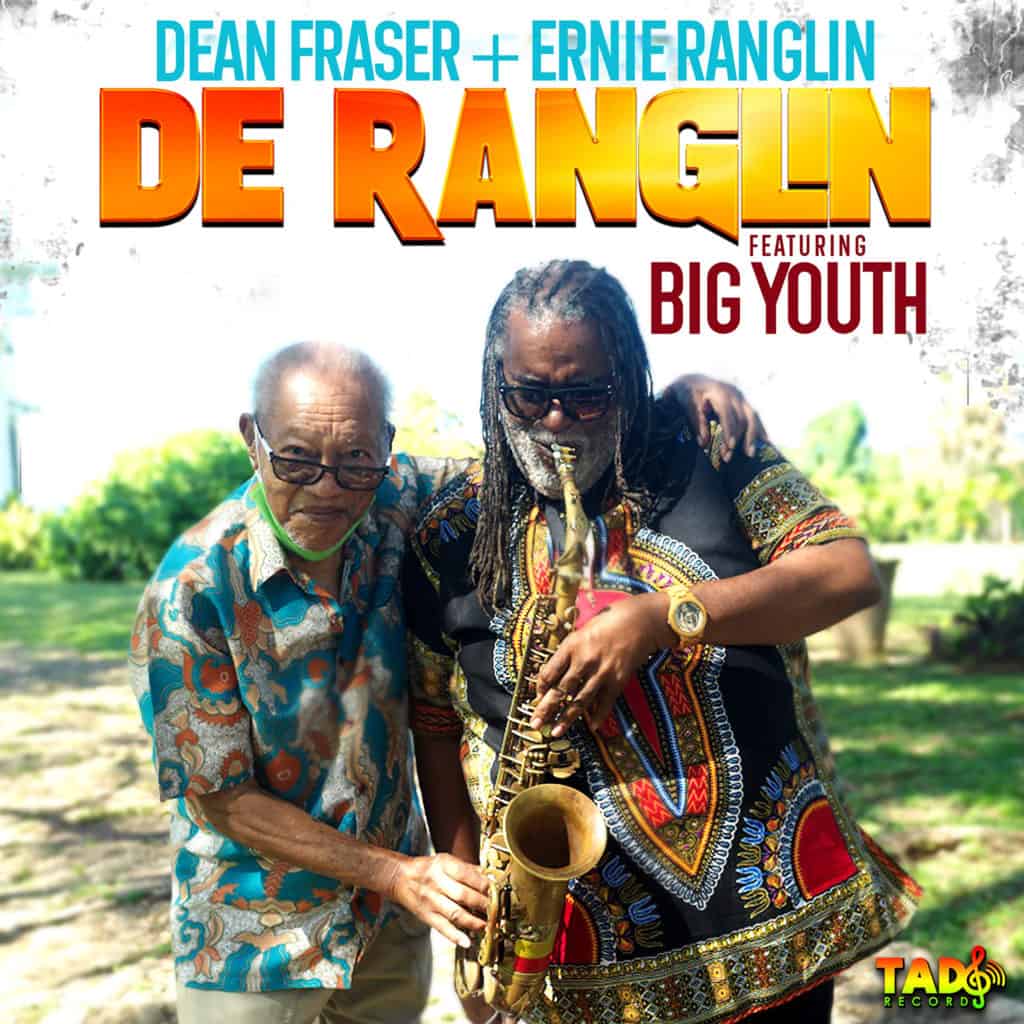 Two Colors is a collaborative album between guitar legend Ernie Ranglin and saxophonist Dean Fraser, released on May 27th by Tad’s International Record. The 12-song set contains mainly instrumentals, all produced by Fraser.
The album is significant in that it pairs two of Jamaica’s most respected musicians, both of whom have worked with reggae’s greats including Bob Marley and Jimmy Cliff.
Deejay Big Youth, another reggae stalwart, is featured on De Ranglin, lead single from Two Colors which will be available on all digital platforms one month before Ranglin’s 90th birthday.
Production on Two Colors actually started in early 2021, with Fraser recording his lines in Kingston while Ranglin did his in Ocho Rios. They worked with an elite cast of musicians including bass guitarists Mikey Fletcher and Dale Haslam, keyboardists Bowie McLaughlin and Andre Marsh, drummer Desi Jones and guitarist Lamont “Monty” Savory.
Ranglin is a giant of Jamaican music. He developed his distinctive jazz riffs in the 1940s, playing in bands like the Eric Deans Orchestra and listening to greats like German guitarist Django Reinhardt.
His many achievements include arranging and playing on classic songs like Millie Small’s My Boy Lollipop and The Wailers’ It Hurts to be Alone. Ernie Ranglin is the recipient of the Order of Jamaica, Jamaica’s fifth highest honour.
Fraser is from Trench Town where Ranglin once taught guitar to young residents. Since the mid-1970s, he has recorded or toured with Marley, Dennis Brown, Sly and Robbie, Freddie McGregor, Buju Banton, Luciano and Tarrus Riley.
He was awarded the Order of Distinction, Jamaica’s sixth highest honour.
Two Colors is produced by Dean Fraser & Tad ‘Jr. Tads’ Dawkins. 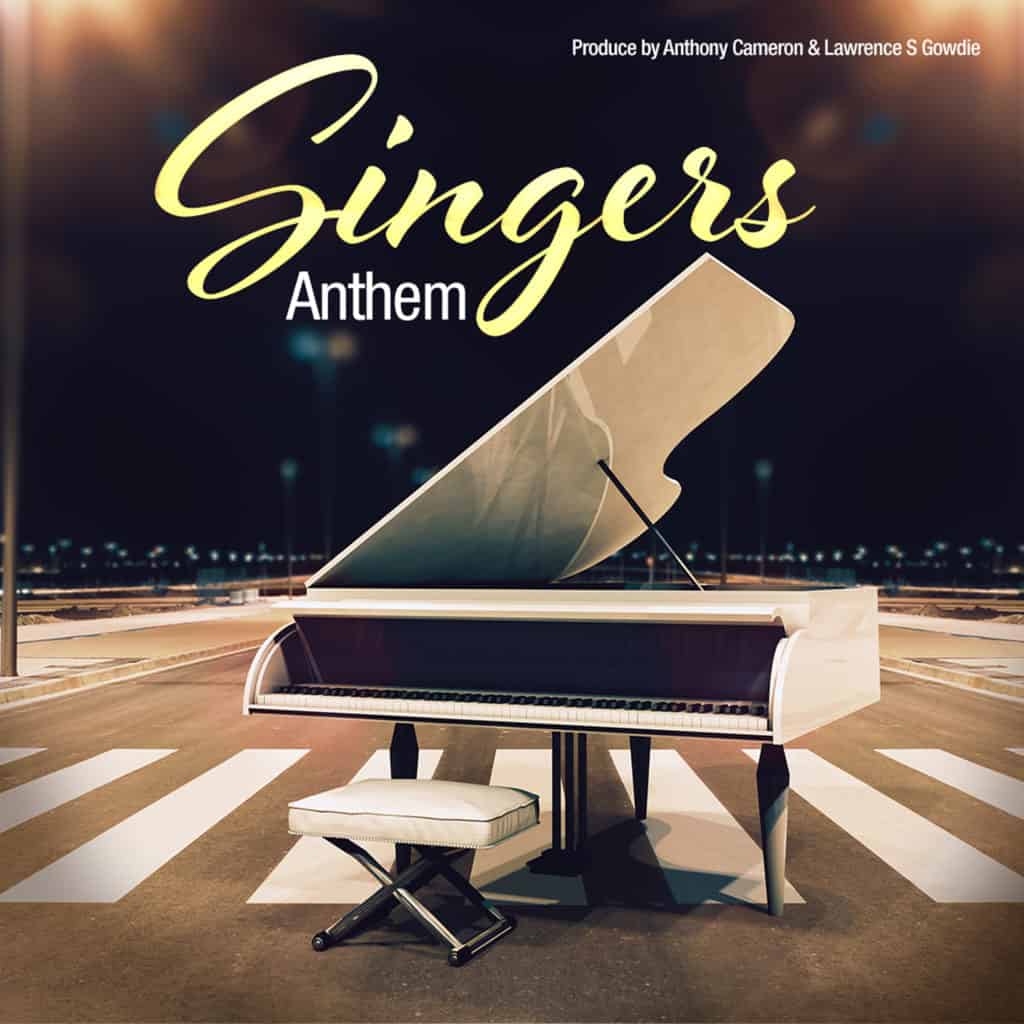 Anthony Redrose is known in the Reggae industry as a mentor and coach to many singers and DJs; guiding them to the next level in their natural-born talents. How to properly ride a riddim and lyrical mastery are a few of the lessons learned during sessions with the Godfather (an affectionate nickname). Authentic Reggae music has seen a surge in streams during the current world climate. Fans are wanting more and more of what they’ve come to love. What better time for Redrose to release a compilation?

“Singer’s Anthem” is a combination of Reggae, Jazz and Smooth R & B. Executive Producers Anthony Redrose (Raggedy Joe Records) and Lawrence Gowdie (Gowdie Enterprise) recruit the talents of Sly Dunbar, Paul Crossdale and Dean Fraser to create what can only be described as “rebooted and reclaimed“…we’re taken back as the singers hold their rightful places on the thrones of the Culture. This 13-track treat infuses the best parts of modern Reggae hopefuls while redirecting the spotlight to original vibes from your favorites. 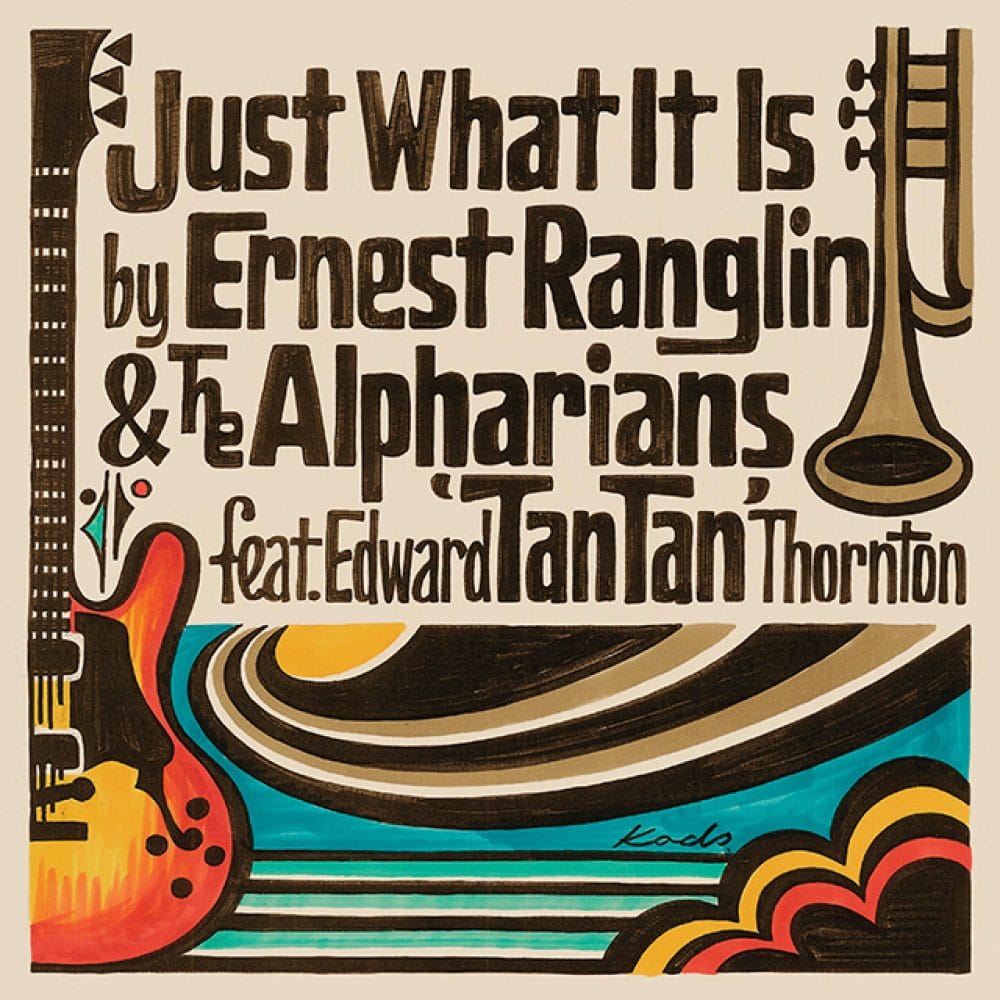