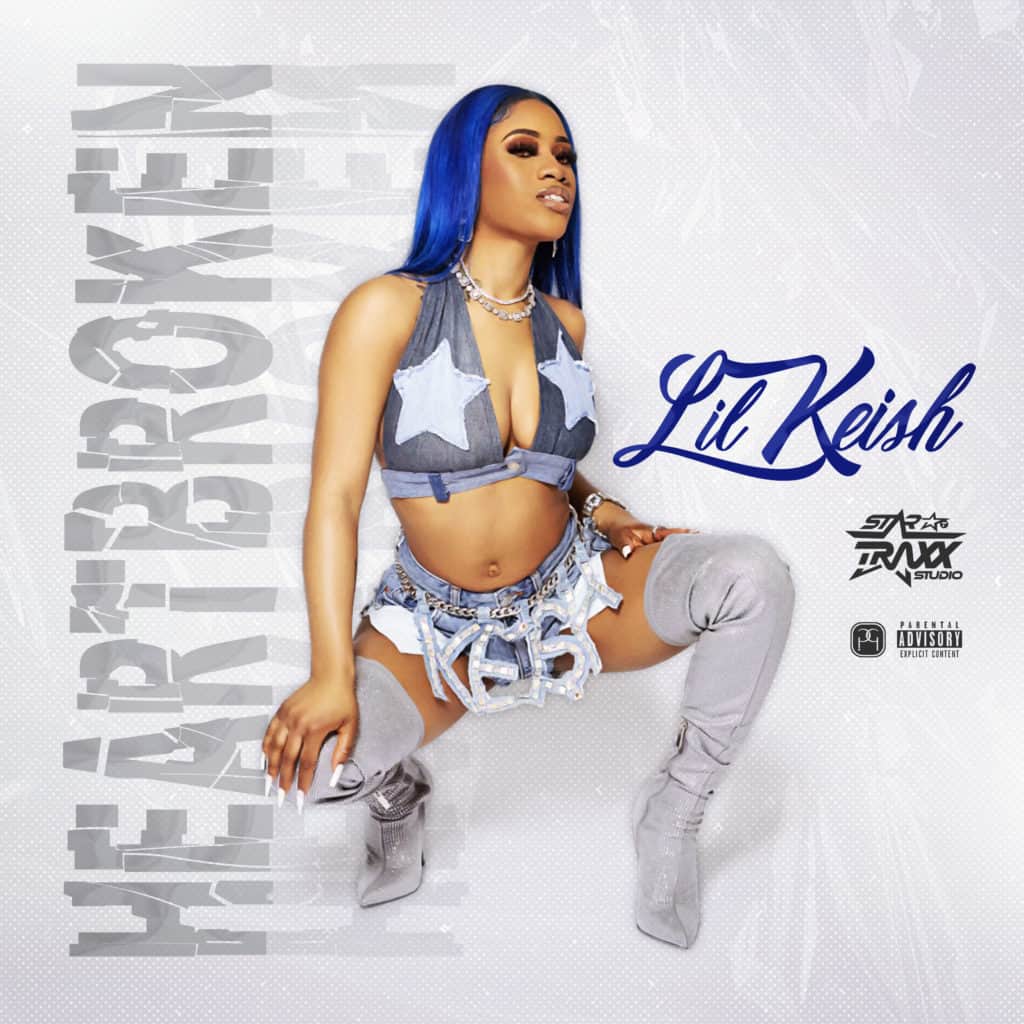 This brand new afro flavoured bop ‘Heartbroken’ from newcomer Lil Keish has all the ingredients of a song that you just can’t get out of your head, with its very catchy hooks, which has to be played over and over and over again . . . So far the single has been gaining good traction with support from the likes of Remi Burgz BBC Radio 1Xtra, Ras Kwame & Teeshow Capital Xtra and BBC Introducing Essex. Some support from you would also be appreciated.

Lil Keish, although a newbie to music has been writing, creating music and performing live since school days and has already collaborated with the likes of Afro B and Yung Saber, with her style sitting comfortably between the dancehall and afro genres.

Growing up in South London but originally from Spanish Town in Jamaica, Lil Keish came to the UK with her father and younger sisters at the age of 8. Music runs strong in her family with her paternal grandfather being none other than the legendary late, great, reggae deejay/vocalist I-Roy.

‘Heartbroken’ was produced by South East London’s StarTraxx™️, who has worked with the likes of Stylo G, Giggs, Stefflon Don, Fekky and Headie One to name a few.

As regards the inspiration for the lyrics of the single, Lil Keish says: “I was using my broken pieces to build somebody else’s puzzle.”

‘Heartbroken’ is initially being shared amongst a select few key radio presenters and DJ tastemakers to build that all important buzz, before it is sure to explode into the mainstream during the Spring/Summer months.

Lil Keish is working on a lot more new music and plans to have further releases beyond ‘Heartbroken’ through the year.