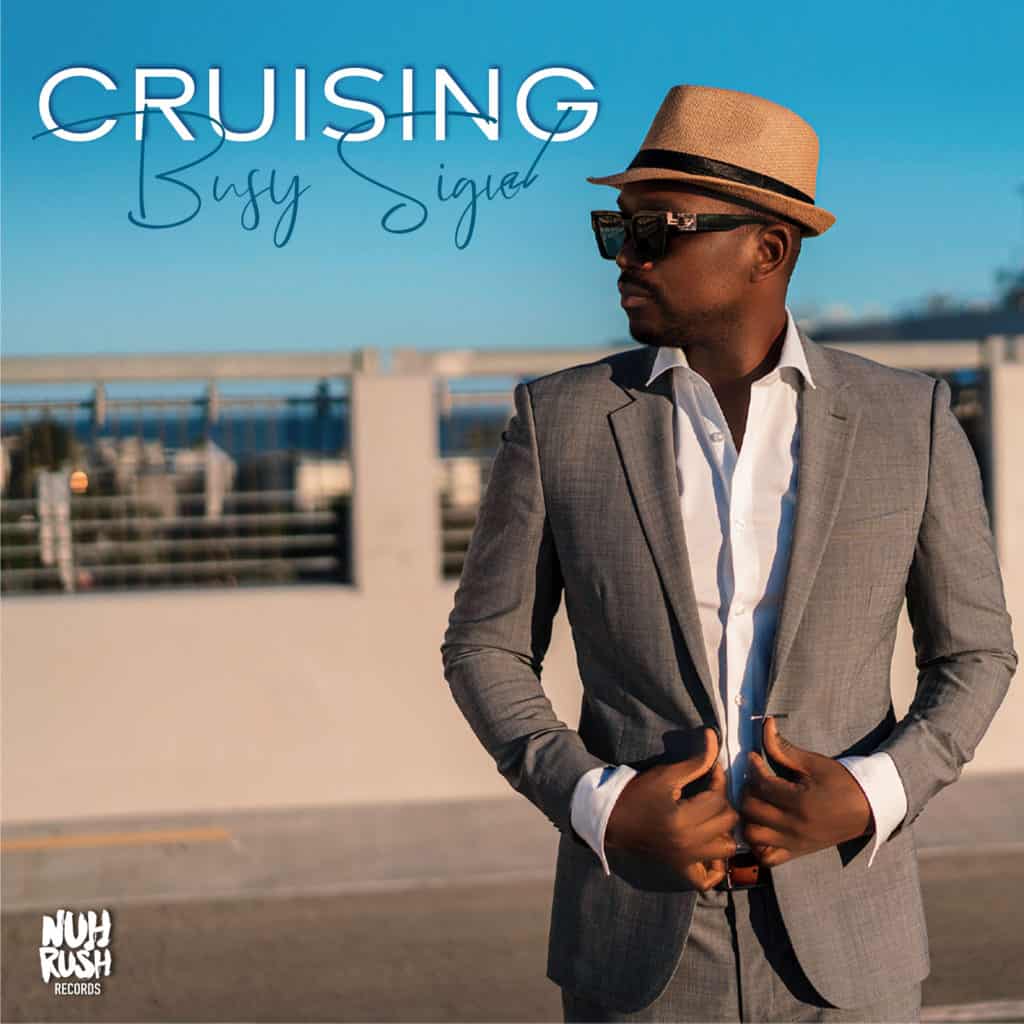 “Busy works his Auto-Tune magic on the vintage hook before delving into the intricate lyrical patterns that have distinguished him as one of Jamaican music’s grand masters.” – VIBE

Jamaican dancehall superstar Busy Signal cruises into the spring season with a reimagined version of “Cruising,” the legendary love song that took Motown icon Smokey Robinson back to the top of the charts when he first released it in 1979. Busy Signal dropped the single today on all DSPs and premiered the official video with VIBE and Boomshots.

Always an originator, Busy adds his unique island flavor and a touch of class to the endeavor as he dons a crisp suit, designer shades, and a straw fedora on the single cover art. He includes the letter “g” in the updated title for a proper spelling of “Cruising” — originally “Cruisin'” on the Smokey version — but slyly dips into rudebwoy patois over a lush R&B instrumental track, partially built by Busy himself, alongside composer Danny Bassie (of the legendary Firehouse Crew) and producer Junior Brown, for a fresh original verse that paints the details of an intoxicating afternoon of leisure with his lady:

The official video, directed by 300K, premiered on R&B/hip hop hub VIBE and its reggae/dancehall partner platform Boomshots today. Filmed in the Saint Andrew Parish of Jamaica, the new visuals show Busy Signal epitomizing the “classic man” image as he takes his girl cruising through the winding hillside roads of Gordon Town in a vintage British Racing Green MG.

“Some of Busy Signal’s biggest hits have been on the lovers records like ‘One More Night’ and ‘Come Over (Missing You)’ so I had the concept to recreate ‘Cruisin’ but with a Jamaican twist,” explains Nuh Rush Records chief Junior Brown. “Danny Bassie of Firehouse Crew built a track, and when I presented it to Busy Signal, he immediately loved the idea.”

“This will be one for the books and I’m grateful for the opportunity to do such a classic song in my own way and style,” added Busy Signal, who quickly laid down the vocals at Jamaica’s famed Big Yaad Studios in Kingston after hearing the track. Busy masterfully delivers Smokey’s chorus with the unique vocal tone that is unmistakably his alone, before peppering the verse with original lyrics that showcase his creative wordplay. Initially scheduled for release in 2021, Busy’s version of “Cruising” got delayed with some publishing clearance hurdles that finally got resolved.

Smokey Robinson’s “Cruisin'” was released in 1979 on Motown Records’ Tamla label. The unexpected hit marked a resurgence in the singersongwriter’s career and eventually went on to reach #1 on the Cash Box Top 100 and peaked at #4 on the Billboard Hot 100 chart. Neo-soul pioneer D’Angelo released another critically acclaimed version on his 1995 debut album Brown Sugar. Additionally, the song has been covered in a 2000 duet by Gwyneth Paltrow and Huey Lewis that fared well in the U.S. and topped international pop charts in Australia and New Zealand.

Busy Signal, whose government name is Reanno Gordon, hails from Saint Ann Parish in Jamaica. He is known for his international reggae hits like “Come Over (Missing You),” “Jamaica Jamaica,” and “One More Night,” as well as dancehall staples like “Bedroom Bully” and crossover collaborations like his appearance on Major Lazer’s “Watch Out For This (Bumaye).” Current tracks making noise on the scene include the Afrobeats tune “Bad Gyal” and his collaboration “Bang Bung” alongside Bounty Killer. Busy Signal has collaborated with Junior Brown and Nuh Rush Records a number of times through the years on tracks like “Margarita,” “Bruk Dung Di Bed” “More Strength,” and “Never Get Tired” off the recently released album The Redemption Project. Their take on “Cruising” injects new culture into Smokey’s time-tested ballad that will introduce the beloved melody to the next generation of music fans.