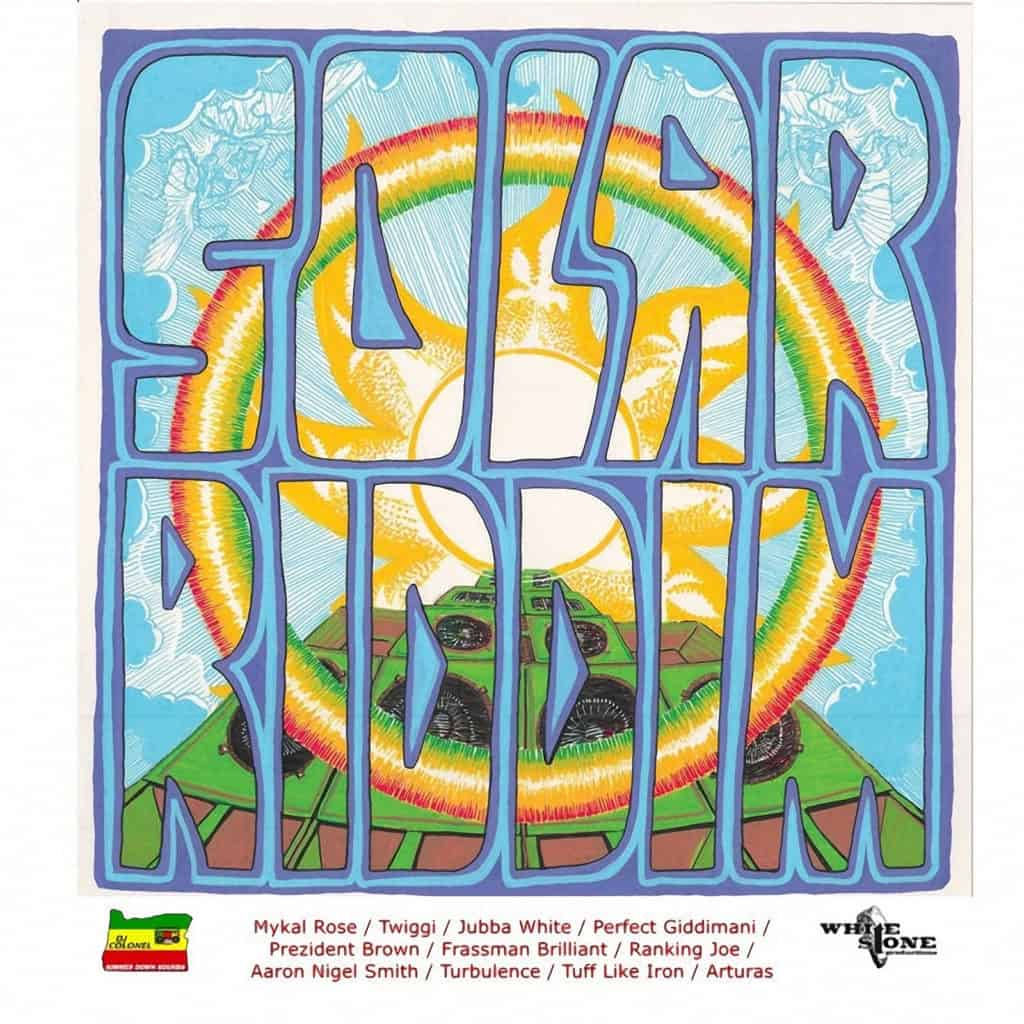 Simmer Down Sounds (DJ Colonel) and White Stone Productions (Jubba White) flow first intersected in Bend, Oregon while Jubba was in town playing drums in Warrior King’s touring band. Simmer Down eventually would go on to host Jubba and Dubtonic Kru for stage shows leading to Jubba working with DJ Colonel on a closer level. Then the Covid pandemic transformed the world, touring stopped and musicians that could gain work in the studio were fortunate. Jubba has been very productive in recent months in the studio . Since SimmerDown wasn’t scheduling live stage shows due to pandemic they shifted movements towards a project with Jubba. Jubba and Colonel from the beginning of their partnership expressed interest in collaborating on a riddim album project. With a hiatus from active touring and not being on road, the Solar Riddim was born.

The Solar Riddim was written and arranged by Jubba White with participation from Cliff Manswell and Theodore Bernard. Additional musicians featured are Steve Golding (Roots Radics) on guitar and Micah Shalom on brass.