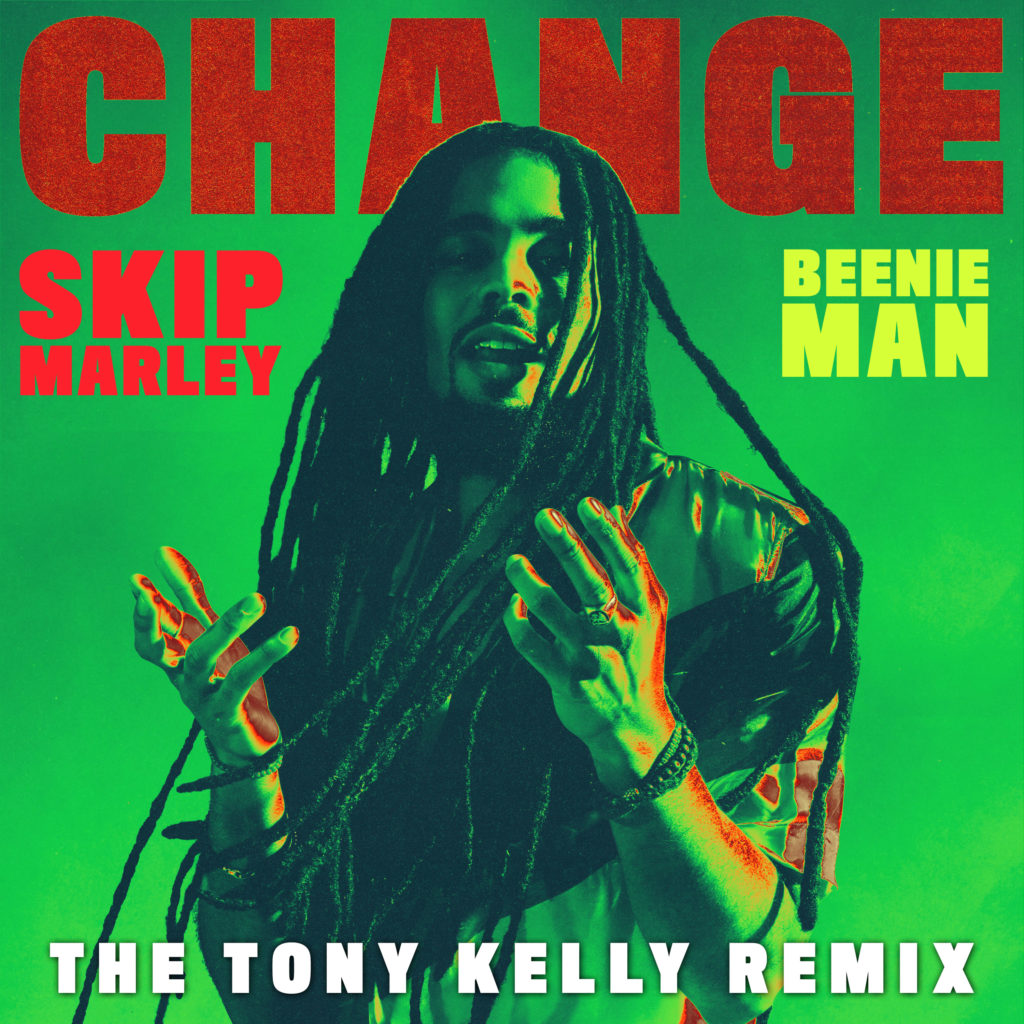 “I was feeling under the weather yesterday, and unfortunately I tested positive for Covid. To keep my tour family and fans safe, I am very sorry to say I need to postpone the rest of the Change Tour. I’ll announce new dates as soon as I can. One Love. Rastafari Lives.”

The announcement arrived on the same weekend that Marley released a new rendition of his single “Change,” this time featuring the legendary “King Of The Dancehall” vocalist Beenie Man, and remixed by GRAMMY® Award-winning producer Tony Kelly (Sean Paul, Patra, Shabba Ranks), who got his start in the music business as a young engineer working at Skip’s grandfather Bob Marley’s famed Tuff Gong Studio in Kingston, Jamaica.

“Tony Kelly delivered those classic reggae vibes that take the song in a new direction,” offered Skip about the new remix. “Big up Beenie Man for amplifying the message,” said Skip of the GRAMMY® Award-winning deejay’s new vocal contribution, which begins with the timely sentiment, “it’s all about love and what the world needs.”

The remix is accompanied by a series of powerful new animated visuals created by Shaun Escayg, an American game designer at Crystal Dynamics. The three short clips depict the young Marley as something of a superhero soldier in Jah army, swooping in from a higher place on a winged lion to exude positive vibrations and heal our earthly ills. The environmentally-minded videos were shared across Skip’s social media in association with two kindred organizations: International Anti-Poaching Foundation and World Wildlife Fund.

Discussing the concept of the visuals, Skip explained, “my song ‘Change’ is about letting what matters most to us motivate us to do better. Protecting our planet’s wildlife and natural resources matters, so we asked Shaun Escayg to create animated videos that illustrate these issues and inspire positive action. Unlike most of the earth’s creatures, mankind is blessed with a voice to speak up for what we want and what we need. I hope listening to ‘Change’ and seeing these videos motivates you to use your voice to positively impact your personal space and the world we all live in.”