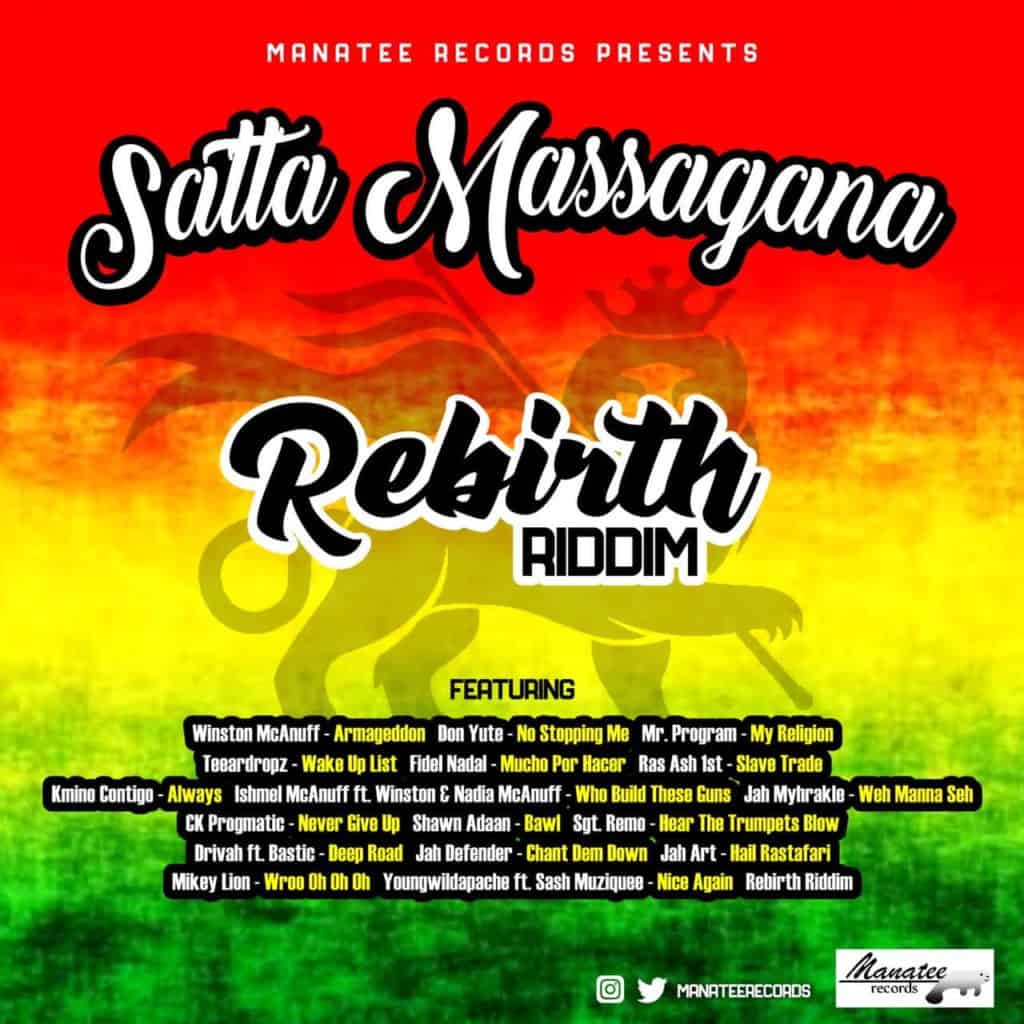 Manatee Records New Release Centers On The Rebirth of The Satta Massagana Riddim, as a Global call for Giving Back to the youths of today

The project features a global contribution of various artists from Jamaica, Belize, Trinidad, Argentina, USA, France and Mexico. The artists representing Jamaica are led by veteran and known reggae icon Winston McAnuff who is a global reggae star and who has been the European bridge and reason for most if not all of the reggae iconic placements throughout Europe beginning with the music throughout France, England, Belgium and Germany.

Artists such as Sly and Robbie and the originators of what is reggae currently as well as many other artists from the days of Ska are those indebted to Winston for the connectivity of Jamaican music in France, England and Germany. Other artists in the Jamaican contingent include 90’s dancehall star Don Yute with his song “No Stopping Me”, TeearDropz who has ben revving up his songs throughout the years with his hit single “Wake Up List” is receiving major attention on the airwaves throughout Jamaica as well as another rising star Ras Ash 1st with his rendition of “Slave Trade”, have contributed to this major project for bringing peace back into our streets and communities.

The artist YoungWildApache and the youngest artist on the riddim, who is a fast rising dancehall artist in Jamaica currently , relates to his song ft Sasha Musiquee with “Nice Again” which demonstrates that the riddim has brought back musical memories across all ages as he explained that his inspiration or the song came from growing up when all the current superstars were on their trek to greatness who,ke he was a young teenager in Jamaica. Ishmel McAnuff, one of France’s reggae superstars, is the French contingent on the Satta Massagana Riddim Album which celebrates world peace. His input to the reggae community in France has been a historical position and has blessed the album with his song “Who Build These Guns”, referring to youth violence globally. His long history of appreciation of reggae music has positioned him along with his drive of reaching back to the youths and artists who are now producing new angles of such impacting music from his homeland Jamaica.

The Belizean artists include, Drivah ft Bastic with “Road”, Jah Art “Hail Rastafari”, Mikey Lion “Wroo Oh Oh Oh” and Shawn Adaan “Bawl” make the album a treasure with their input. Fidel Nadal , Argentinian star rastafarian with his song “Mucho Por Hacer”, which translates there is much to do in our communities and what he exemplifies with all his communal love for music throughout South and Latin America as well as throughout Europe. Sgt Remo, who is Mexican-American puts an emphasis on the production with his rendition of what we need in the world today to “Hear The Trumpets Blow” which adds a flair to the album.

Jah Myhrakle’s “Weh Manna Seh” is again words connected to the rastafraian faith as he represents the United States along with CK Pragmatic formerly known as Cement Kidd from the early 90’s when he was signed to Manatee Records, Jamaica with his song “Alive” adds the Belizean American in Jah Myhrakle as well as the Jamaican-American in Pragmatic who both represent the city of New York, the melting pot for many west indians in the united states.

Kmino Contigo with his Belizean-american roots, has given the album a millennial’s view of the struggles in our communities with his song “Always”. Finally Mr. Program, one of Belize’s young rising reggae stars, emotionally provided his song on the Satta Massagana Rebirth Riddim, just prior to being killed in the streets of Belize but we are humbled with praises for his song “My Religion”.

“I’m getting a lot of positive feedback about this project. With the right promotion, these songs will do well both locally and overseas,” Manatee Records President/CEO Calvin ‘Doc’ Flowers said. “The title of the project translates from the Amharic language as ‘He Gave Praise’, and with this project, I am honouring the spirit of that argument, by giving praise.”

He added, “The original Satta Massagana has even been adopted by some Rastafarian groups as a hymn used during services, so this project means a lot to me. The songs are well written and bring positive messages of introspection, peace and love to all.”

Flowers has been involved in the music community in Chicago since his arrival from his native country of Belize. Satta Massagana is the title track of a roots-reggae album of the same name by The Abyssinians. The rhythm itself has been re-recorded several times over the years. Manatee Records released a rendition of the Satta Massagana in early 90’s and the riddim was blessed by Bernard Collins and Manning from the original Abyssinians and one of the only labels to have received that verification of the riddim. The standout song which is being played on Irie-FM, Mello, Zip-FM and Sun City stations in Jamaica as well as a host of other stations in the USA, Africa and the Caribbean is “Wake Up List” by TeearDropz.

This song is inspired by the knowledge that life is the greatest, whenever you rise, you have it all, you’re rich. The song has also received praise from Bobby Konders , top reggae DJ in New York and the Massive B movement. Winston McAnuff’s “Armageddon” is another standout track from the veteran and iconic reggae artist who appreciated hearing the new rendition of the Satta as we all know.

Another stand out song is Ras Ash’s 1st “Slave Trade”, which not only looks at the Trans-Atlantic slave trade and its lingering effects, but also focuses on the need for the loving kindness and mercies of Jah. Flowers has high hopes for the project given the early buzz. 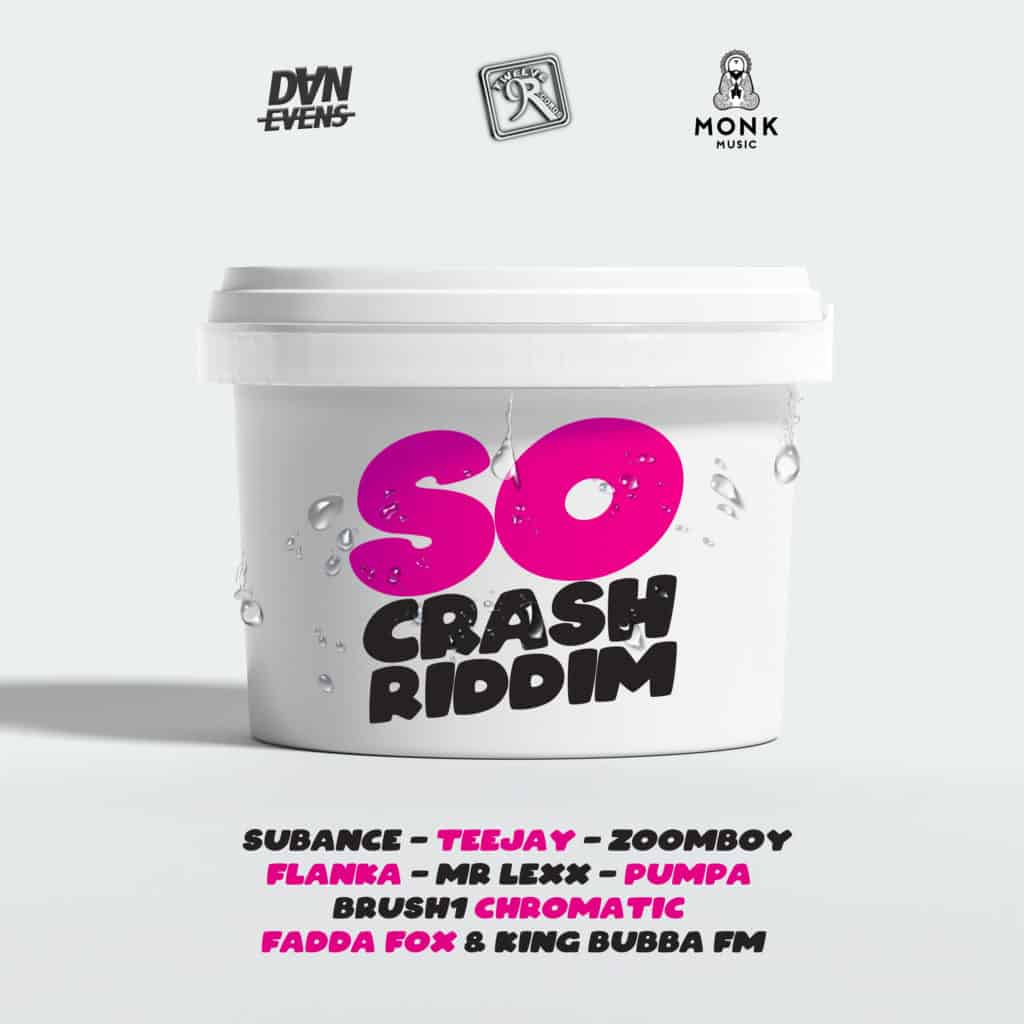 Jamaican music and media powerhouse ZJ Sparks partners with Martinique’s DJ/producer extraordinaire Dan Evens to create the So Crash Riddim, a high-energy, cross-island Soca riddim collaboration sure to heat things up for Spring and Summer. Released in conjunction with Monk Music Group, Machel Montano’s label, the riddim features top acts from Jamaica, St Vincent, Barbados, St. Lucia, and the U.S. Virgin Islands! Whether in a private party, working out, or at one of the first post-Covid fetes, So Crash is sure to get bodies moving! 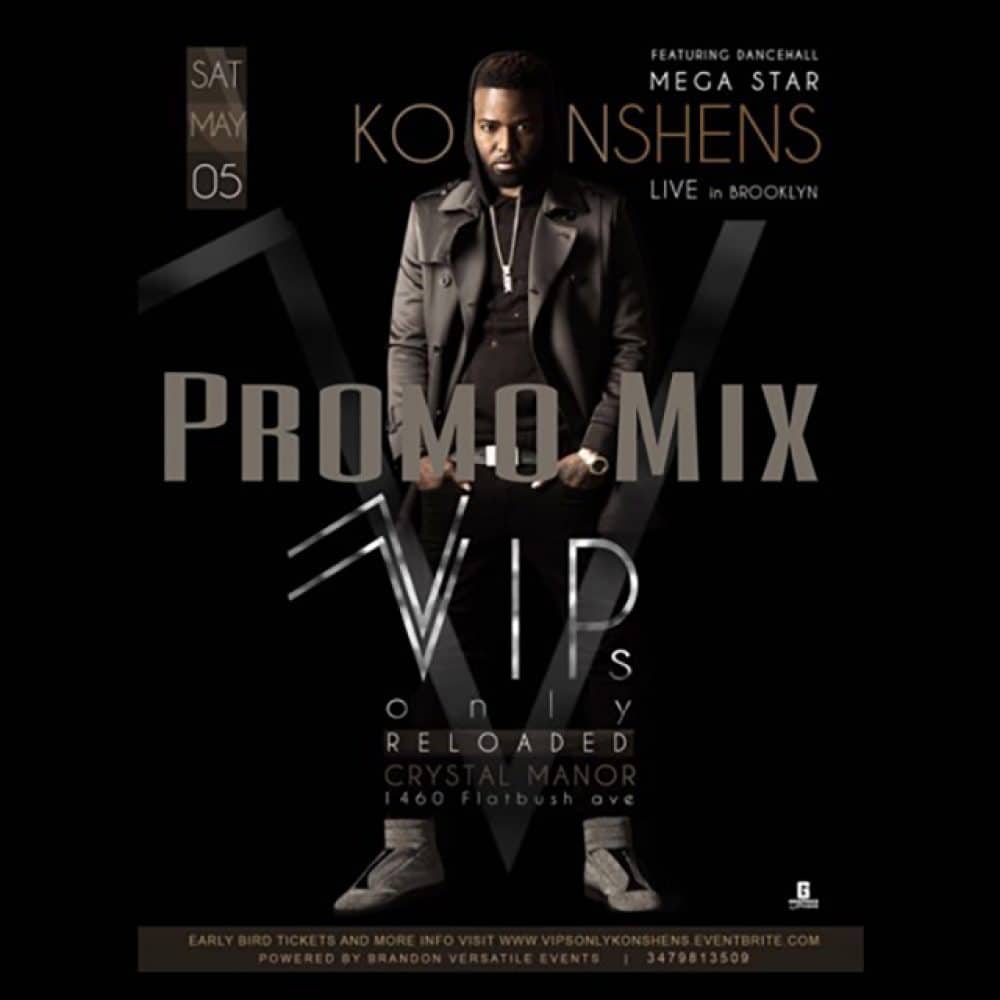