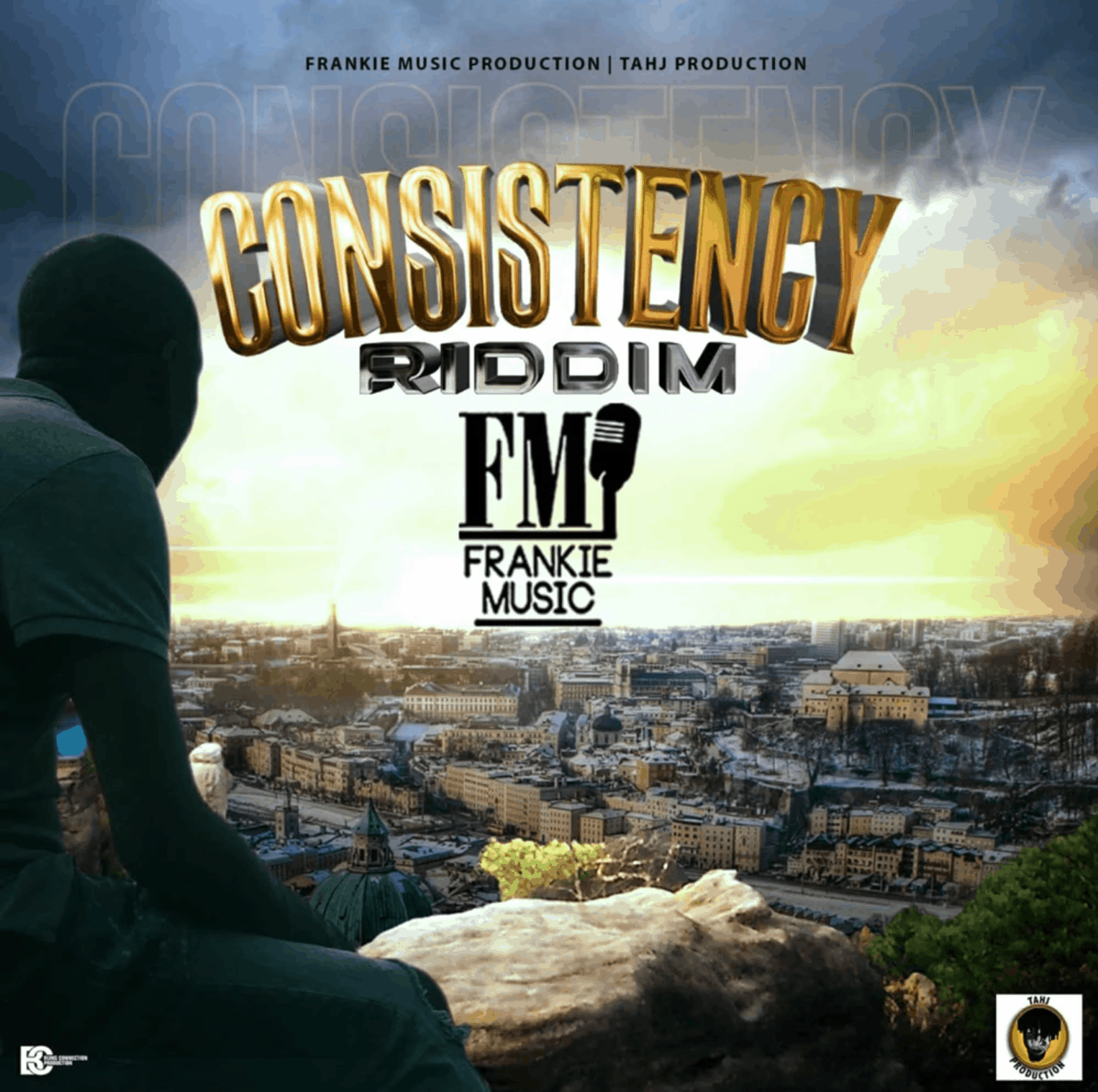 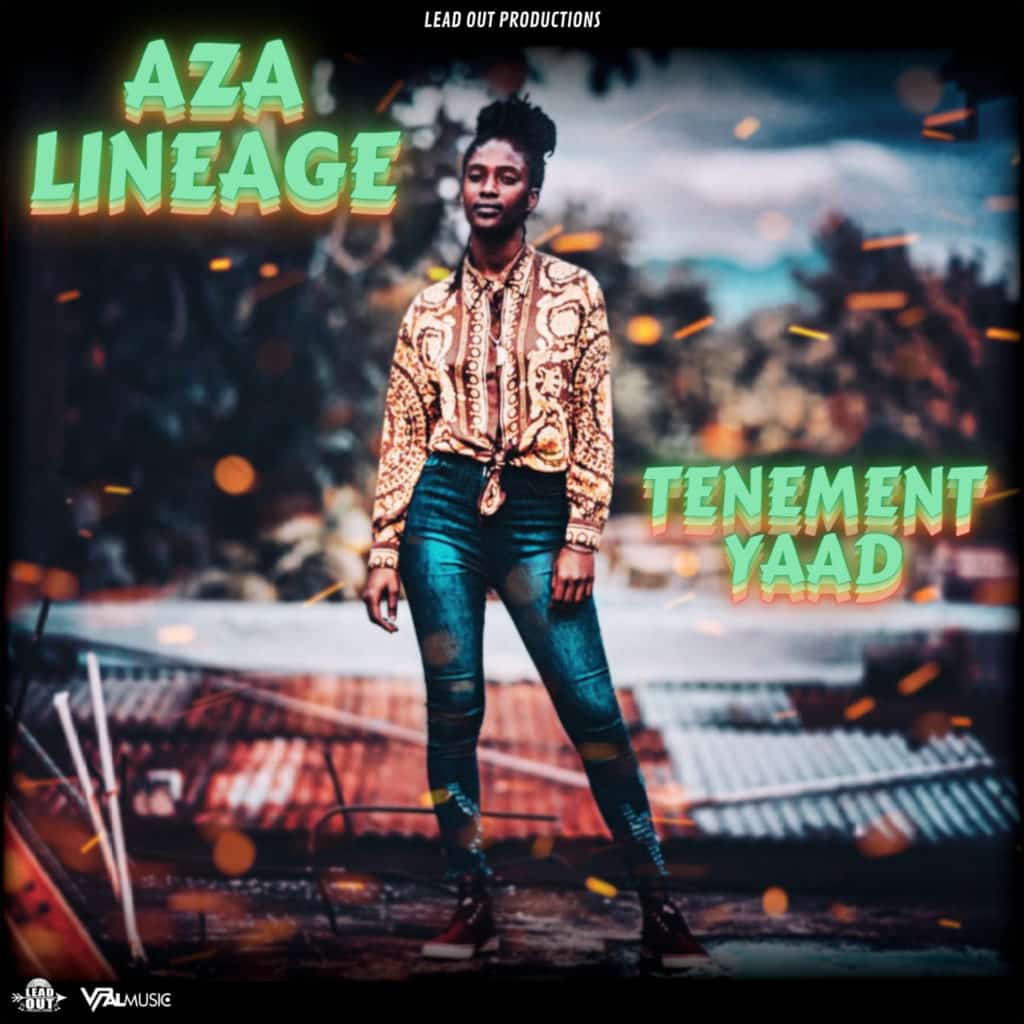 Aza Lineage is a voice, a sound, a whole vibe. She exudes all this and more with her humble but strong presence. She’s a singer that has always sang from a conscious perspective. Aza is on the verge of releasing her debut album. Before she releases the project (album) she’s sharing singles that mean something to her and songs she sees as healthy for our culture and life.

Her latest single “TENEMENT YAAD” speaks to the heart of Jamaican Garrison life and the shortcomings that comes with it. On the other hand there are cliches like the “rose which bloom from the concrete”. She vividly reminds us that we are here to shine, we are all here to grow but these are the elements that make it up. Mental lack of infrastructure where it’s imperative we assist, listen and grow.

The production team of Makonnen Blake Hanna (beat maker) and Jason Hammer of “Lead Out Productions” vowed to stay true to the culture and the artist. The aim was to coin the feelings of a dialogue they were having which resulted in Aza laying vocals which in return articulated what each producer was trying to get across.

Go support Aza and their latest track TENEMENT YAAD which is being distributed by VPAL Music who is easily championing Reggae music for the youths presently. 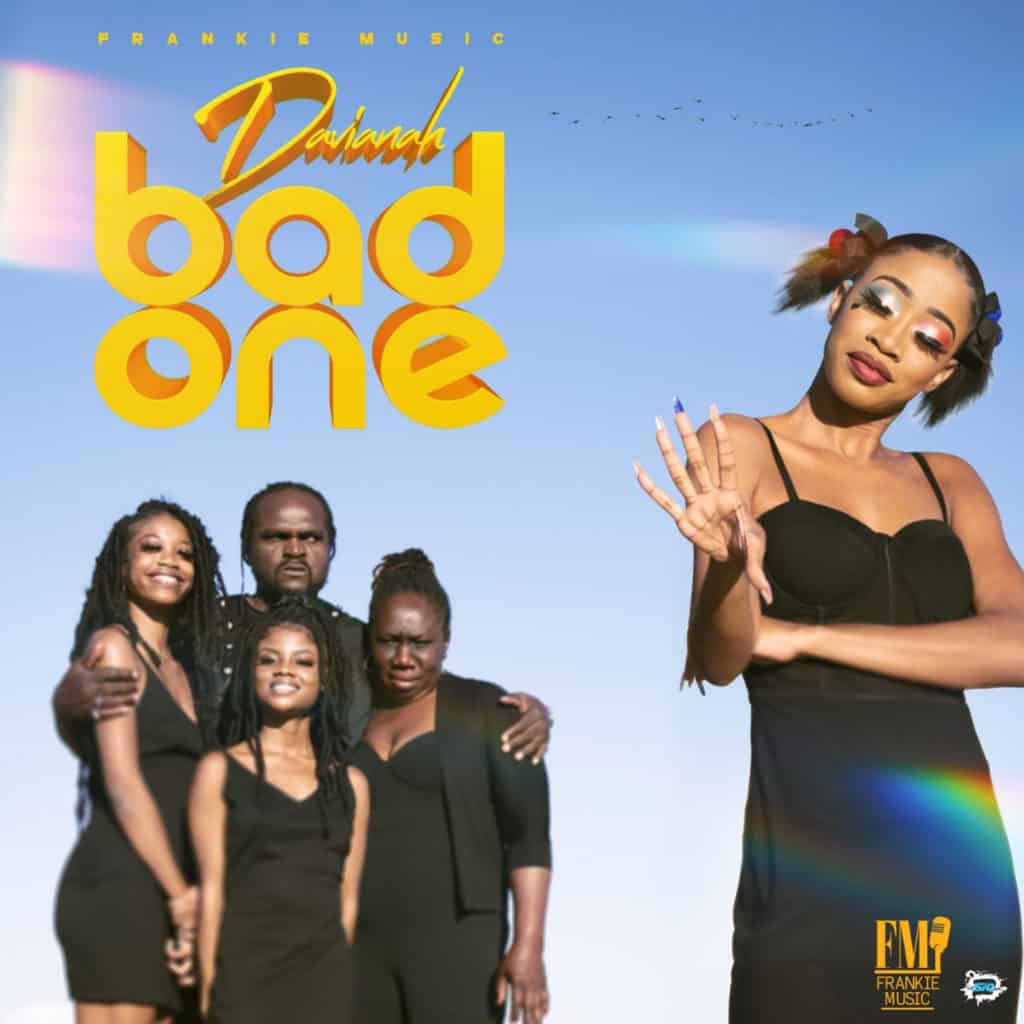 It is not often that well-known producer Comar ‘Frankie Music’ Campbell gets excited about a project, but he is obviously stoked about an upcoming EP that he is about to release with Davianah, the rebellious firebrand who is also the daughter of reggae star Tony Rebel.

“There are 6 tracks on the ‘Rebel Offspring’ album which we will be releasing. The first track, ‘Bad One’, will be released this month and the entire album in the first quarter of this year, if all goes as planned.”

The visuals for ‘Bad One’ will send a thinly-veiled message to the entire industry that Davianah – the quintessential rebel – is a force of nature that must be respected.

“Yes there will be an official video for ‘Bad One’. The concept aims to showcase that there are outcasts or black sheep within certain settings such as the family that don’t go with what is the norm or what is expected and that is sometimes not a bad thing but is seen as such by others that follow the norm. With Davianah, I have found that she defies all expectations, as she can tackle a variety of topics from different points of view,” Mr. Campbell said.

There have been some whispers in the street that Campbell will be working on tracks with international stars like Kranium on his upcoming album.

“There are many projects that Frankie Music is currently working on both internationally and locally and you’ll find out as soon as everything is finalized with all of them. In the meantime you can follow Frankie Music Studio ja to stay up to date,” he said.

Frankie Music has been in the production game for a minute and it’s one he clearly knows quite well. The reggae and dancehall producer has worked with a wide range of artistes such as Sizzla, Beenie Man, Konshens, Kim Nain, Delus, RR, Raging Fyah, Duane Stephenson, Shawn Antoine, Qraig (Voicemail) and, of course, Koffee. Koffee’s ‘Raggamuffin’, the second officially released song of her career, and the Vent Album are his biggest projects to date.

Last year, Campbell conceptualised the VPAL Music Fest, aka ‘FrankeFest’. VPAL Music, the VP Records subsidiary which allows independent artistes to access VP’s distribution channel, teamed up with Frankie Music, to host the first VPAL Music Fest, one of the online concerts with the mission to entertain, and keep live music alive in an era of social distancing caused by the coronavirus pandemic.

“That was a big success and we hope to tackle even more such major projects in the future,” he said. 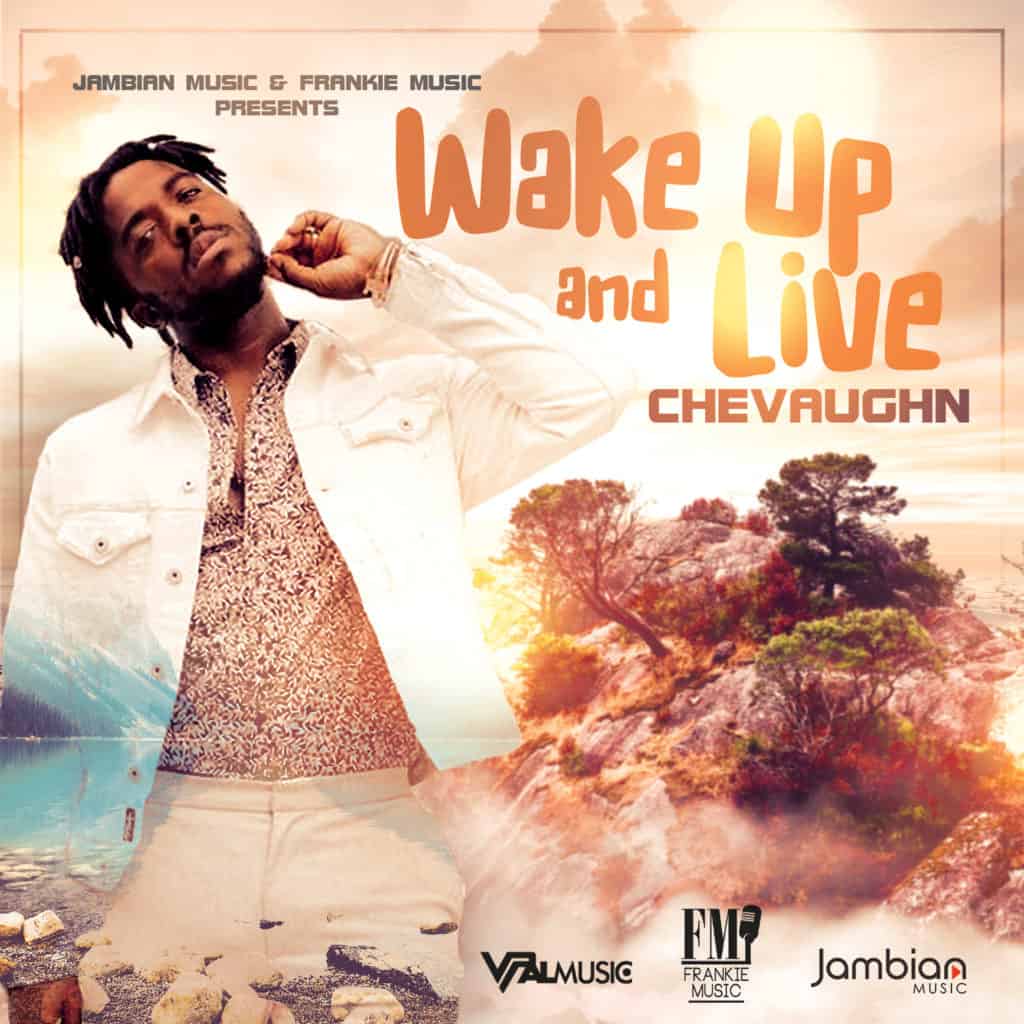 In the words of Helen Keller Read “The best and most beautiful things in the world cannot be seen or even touched, they must be felt with the heart”. The new single “Wake up and Live” by Grammy Winning Producer Comar Campbell aka “Frankie”, Charly Black’s “Party Animal” Diamond Selling Producer, Kurt Riley and recording artist/songwriter Chevaughn Clayton exemplifies this famous quote. Set to be released January 15, 2021, “Wake up and Live” has been the daily mantra for Kurt Riley given the massive impact this track has had on him since his recent hospitalization. He modestly explained that the lyrics “life is a treasure, no man can measure, life’s gon’ get better, get up yeah, wake up and live” resonated with him during this time and pulled him out of a dark place, giving him the motivation to get up, wake up and live! With this being Kurt Riley’s first release for 2021, the term “Wake up and Live” is already been vibrant in the minds of his followers and supporters and has already been easily embraced by many as their own personal mantra.

It is by no surprise that Frankie decided to partner with Kurt Riley on this inspirational track. His reasoning is that “This is not a job to me, Kurt and Chevaughn are my brothers so when it comes to a production like this I have no problem working with them… we always team up and share everything together but this is our first production together” he explained. He went on to passionately share that “The production was good, the musicians were good, the writing level was on point with a message that was well put together so I was excited to be a part of it” Frankie is confident that the song will be a success because it has purpose and he wants persons to listen to more positive songs like these, so we can be more positive. He implored, “I’m asking everybody to take one minute to listen to the song and you will see what I am talking about”

“The track has a thing about it that ‘digs’ out a certain root… there’s a certain ‘belly’ to the track that inspires you to really speak the truth and that’s where I am now with music, where I am being honest or I am not writing about it”, Chevaughn wholeheartedly shared as the reason why he chose those words for this particular track after hearing the instrumentals. He disclosed that the track was completed after just reconnecting with Kurt since a halt in their friendship due to a misunderstanding. Further inspiration came from the loss of a close family member and while reminiscing on the vivid conversation they had before she passed, the track affirmed everything he wanted to say. 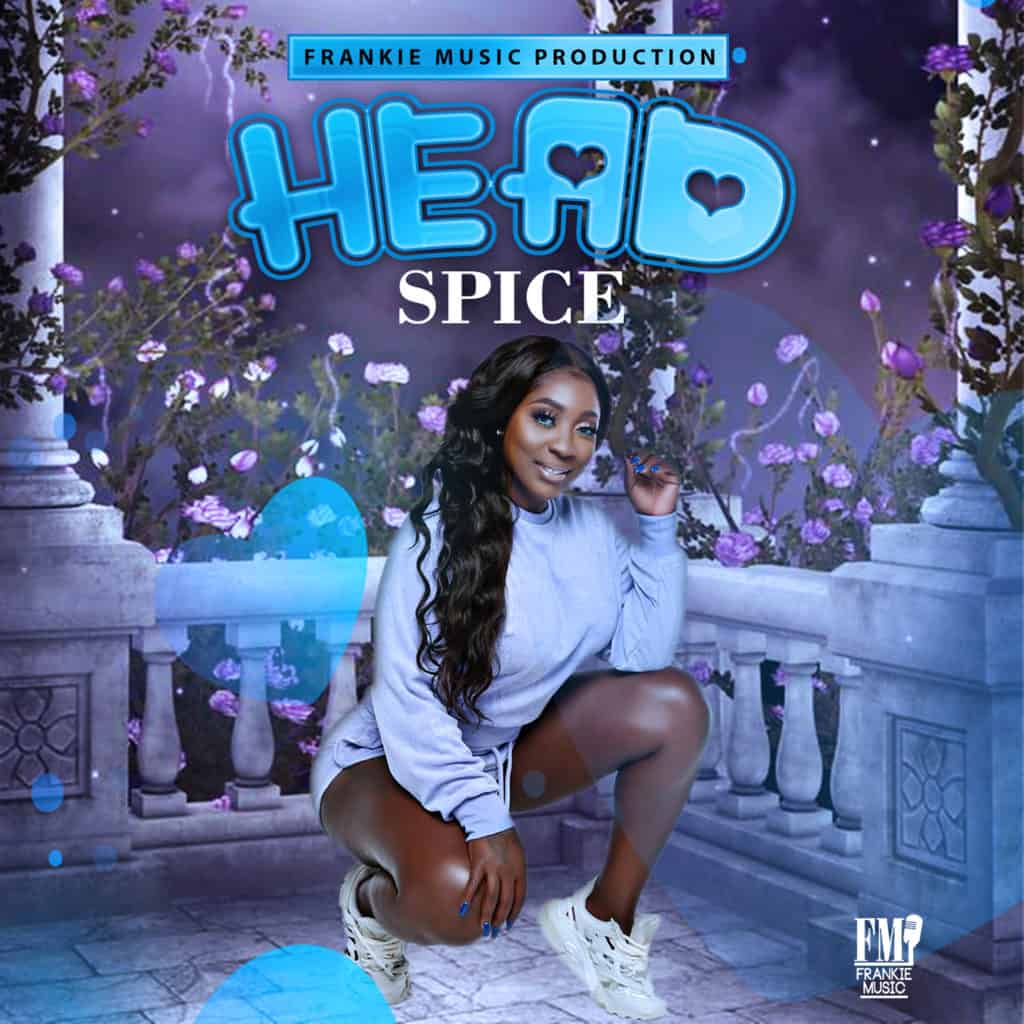 Dancehall artiste Spice has teamed with Frankie Music Productions for her latest single titled Head. The song had its local premiere on Thursday.

This is the first time that Spice has worked with the Marverly based label. On the track, she can be heard singing about relationship issues.

The release of Head comes on the heels of Spice taking to social media and revealing the identity of her new love interest Justin Budd.

“Spice is full of energy and is very hardworking,” said producer Frankie.

“I’m happy to have been able to work with such an extraordinary talent”.

The song sees the entertainer expressing the ‘softer’ side of her craft, and is expected to do extremely well.

“I’d like to do a song that’s different and very personal to me,” said Spice 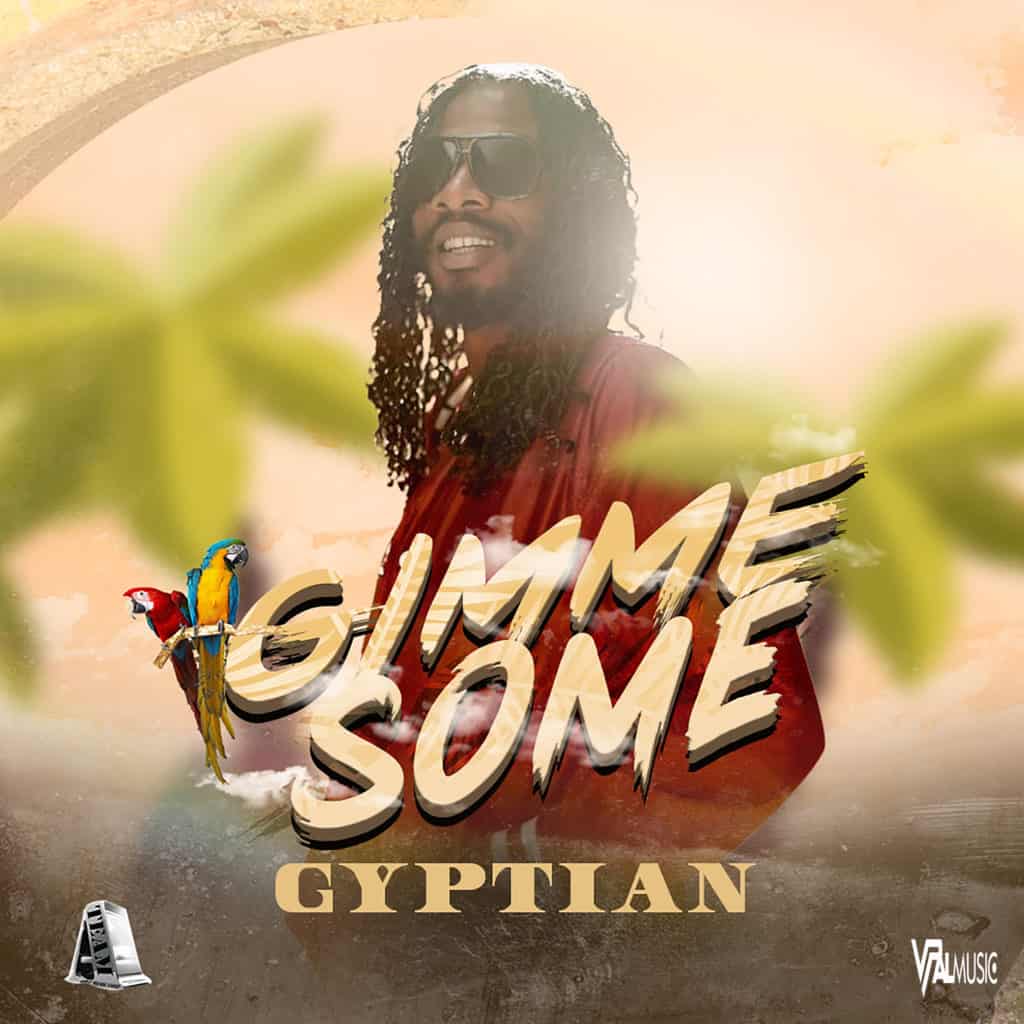 Admittedly these are some serious times that we are living through, but for the romantic at heart quarantined with the object of their affection, these austere moments also served as a time to exude romance or cheekiness, and multi-Billboard top charting recording artist Gytpian promptly delivered the soundtrack with “Gimme Some”.

When asked about the creativity of the song, renowned producer Relle Hayden stated, “This song was actually created seven years ago and feels right now to release the record, especially with the concept of him and a special lady being lockdown. With the current state of the world and the pandemic (COVID-19) right now having that special someone to lockdown with this song is definitely relatable to many.”

Gyptian, who came to prominence to a global audience with multiple Billboard charts, notably with the gold-selling single ‘Hold Yuh’, is also known for a number of hits including “Serious Times”, “Beautiful Lady”, all three hit tracks which the international reggae and dancehall star recently performed to rave reviews at this year’s online version of Reggae Sumfest, dubbed the Greatest Reggae Show on Earth.