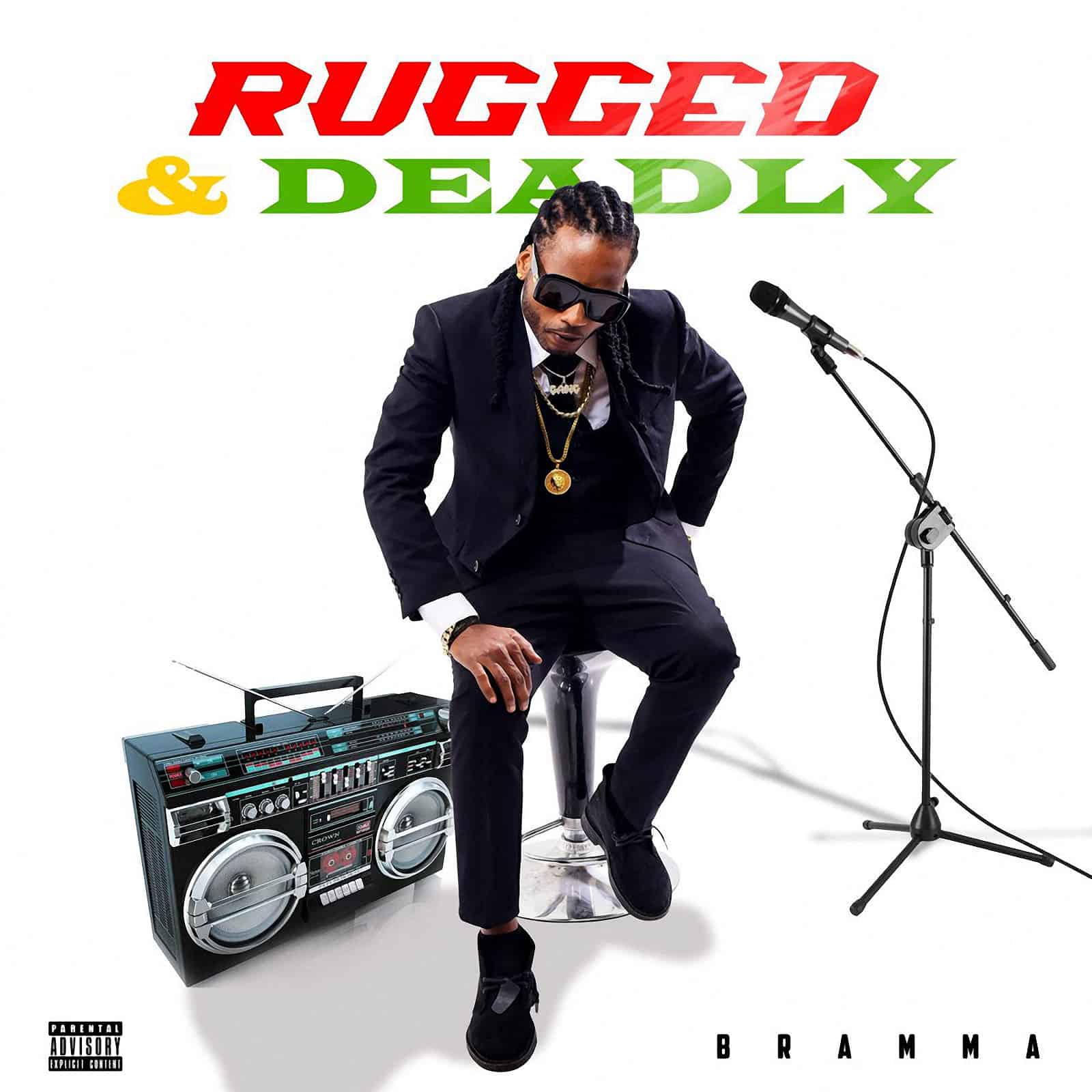 The nineteen-track compilation boasts major features by Mojo Morgan (Morgan Heritage), Steven and Freddie McGregor, Anthony B, Luciano the Messenjah and, the promising artist Zagga. Bramma also thanked producers Steven McGregor, Emudio Records, Tvch Point Music, DJ Smurf, German base producer Sensi Movement and DJ Nico citing, "We made one for the books one that exudes our culture to the fullest, something timeless a masterpiece so thanks." Arranged by Bramma, Rugged and Deadly comes in a three-part storybook audio series with skits at the beginning of each new segment. Each track is reflective of one of Bramma's many moods and way of making music to appease to his diverse fan base.