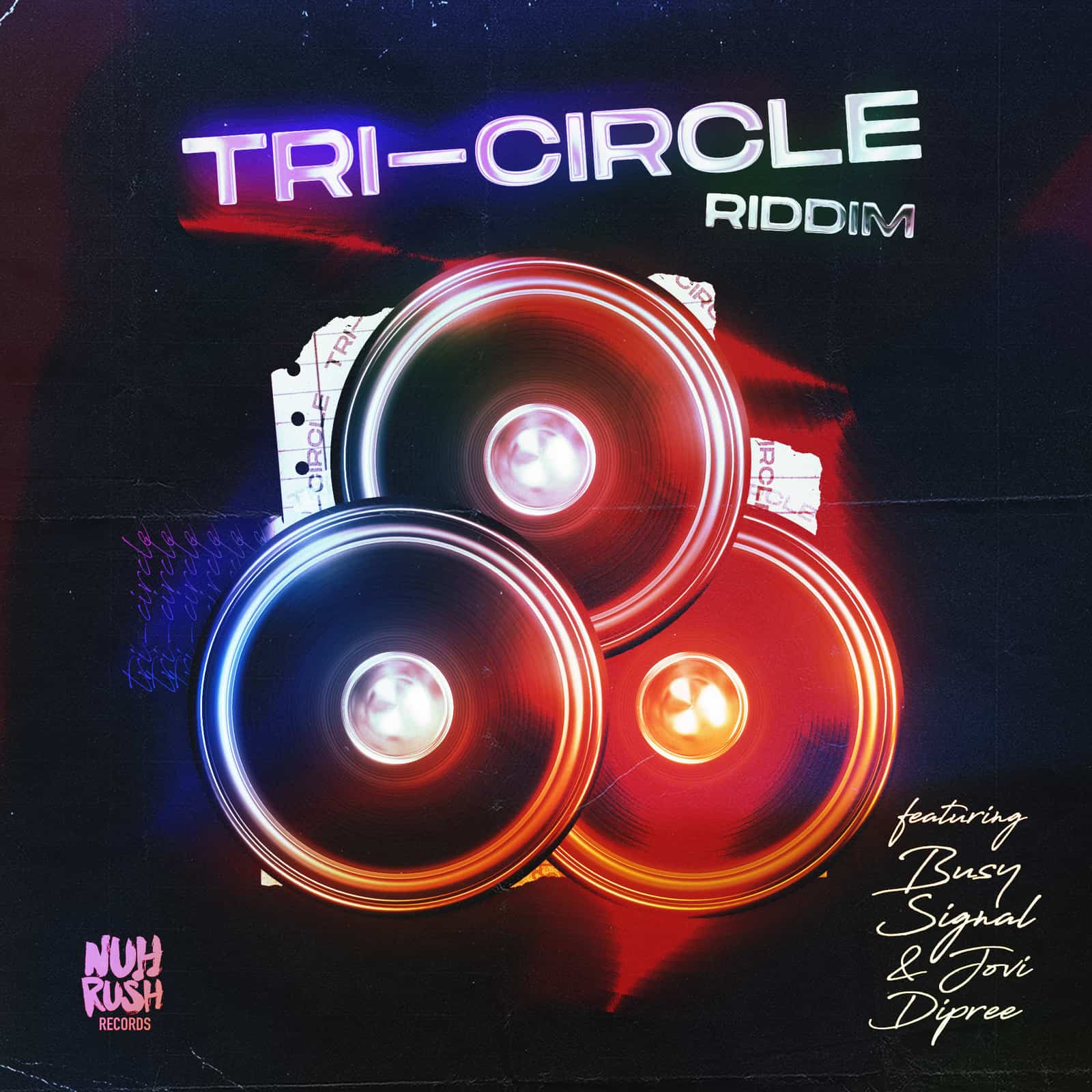 The official video, directed by Dameon Gayle and released on Busy Signal's YouTube channel, finds Busy surrounded by a bevy of beautiful females at a Miami high-rise. They ride a packed elevator up to a private penthouse suite, where our dancehall hero confidently choreographs his new friends through familiar territory on the balcony, in the shower, and of course, in the bedroom:

"Bruk Dung Di Bed," produced by Nuh Rush Records chief Junior Brown, brings a fresh sound, but follows in the long tradition of Busy Signal songs where the "Bedroom Bully" deejay expresses his appreciation for, and demonstrates his prowess with, the opposite sex. "This track is just highlighting the girls who are vibrant, energetic, and entertaining," Busy told The FADER.

Also featured on the Tri-Circle Riddim is Spanish Town native Jovi DiPree, who composed the music and lent his vocals and songwriting talents to the title track. As a songwriter, composer, and engineer, the multi-skilled artist has already made a name for himself in musical circles collaborating with top tier Jamaican artists like Spice, Dexta Daps, and Vybz Kartel, among others.

Busy Signal, who is currently enjoying a steady stream of hits circulating in the dancehall, has collaborated with Junior Brown and Nuh Rush Records a number of times on tracks like "Girl You A Champion," "More Strength" and most recently on the laidback summer vibes of "Margarita."

"Working with Nuh Rush Records has always been a pleasure. Great team to work with and dedicated to the furtherance of the music. We have a lot more projects together that will be released in due time," said Busy of the the fruitful relationship.

Busy Signal, whose government name is Reanno Gordon, hails from Saint Ann Parish in Jamaica. He is known for his international reggae hits like "Come Over" and "One More Night," as well as dancehall staples like "Bedroom Bully" and crossover collaborations like his appearance on Major Lazer's "Watch Out For This (Bumaye)." Current tracks making noise on the scene include the Afrobeats tune "Bad Gyal" and his collaboration "Bang Bung" alongside the legendary Bounty Killer.