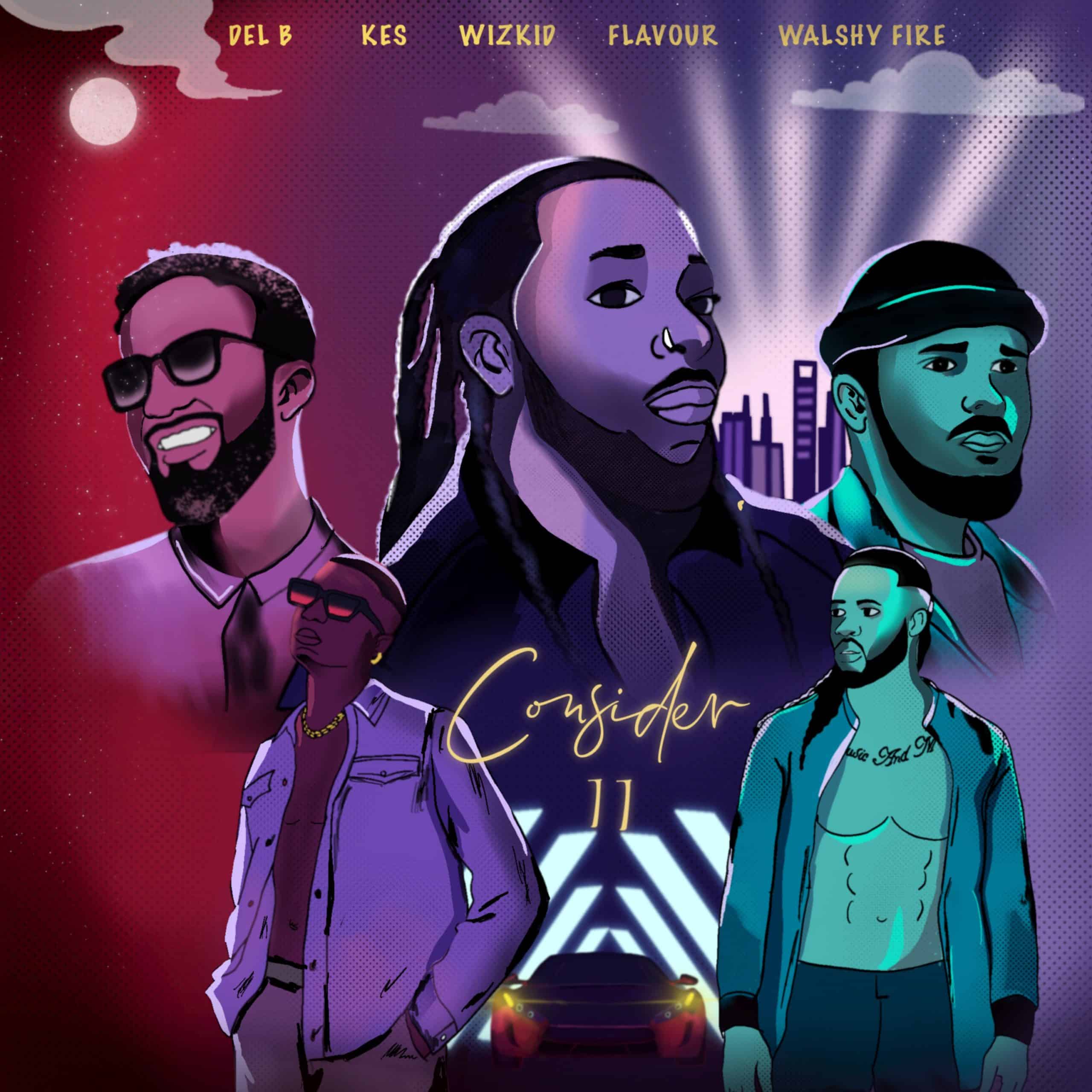 2020     Afrobeat     Del B     Flavour     Kes     MP3     Single     Soca     Walshy Fire     WAV     Wizkid
Buy/Stream Description
Singer/producer DEL B and Major Lazer’s WALSHY FIRE connect Africa and the Caribbean on “Consider II” featuring vocals from soca superstar KES alongside Naija/afropop icons WIZKID and FLAVOUR. Nigeria’s DEL B (producer of Runtown’s global smash “Mad Over You” along with hits by Wizkid, Davido and Mr Eazi) made the original “Consider” with Wizkid and Flavour for 2019’s Afrodisiac: The Mixtape. Now in 2020, Walshy Fire has added his touch to the track, applying his trademark Caribbean x afrobeats fusion to create a trans-Atlantic conversation in the spirit of 2019’s Abeng album. The final ingredient in “Consider II” is the addition of featured vocals from Trinidad’s KES, who comes to the track riding a wave of acclaim from the newly released live album, WE HOME. Arriving right in between last week’s virtual Notting Hill Carnival feting in London and this weekend’s NY Carnival, “Consider II” is sure to satisfy listeners’ craving for one last dose of summer.
Afrobeat, Single, Soca