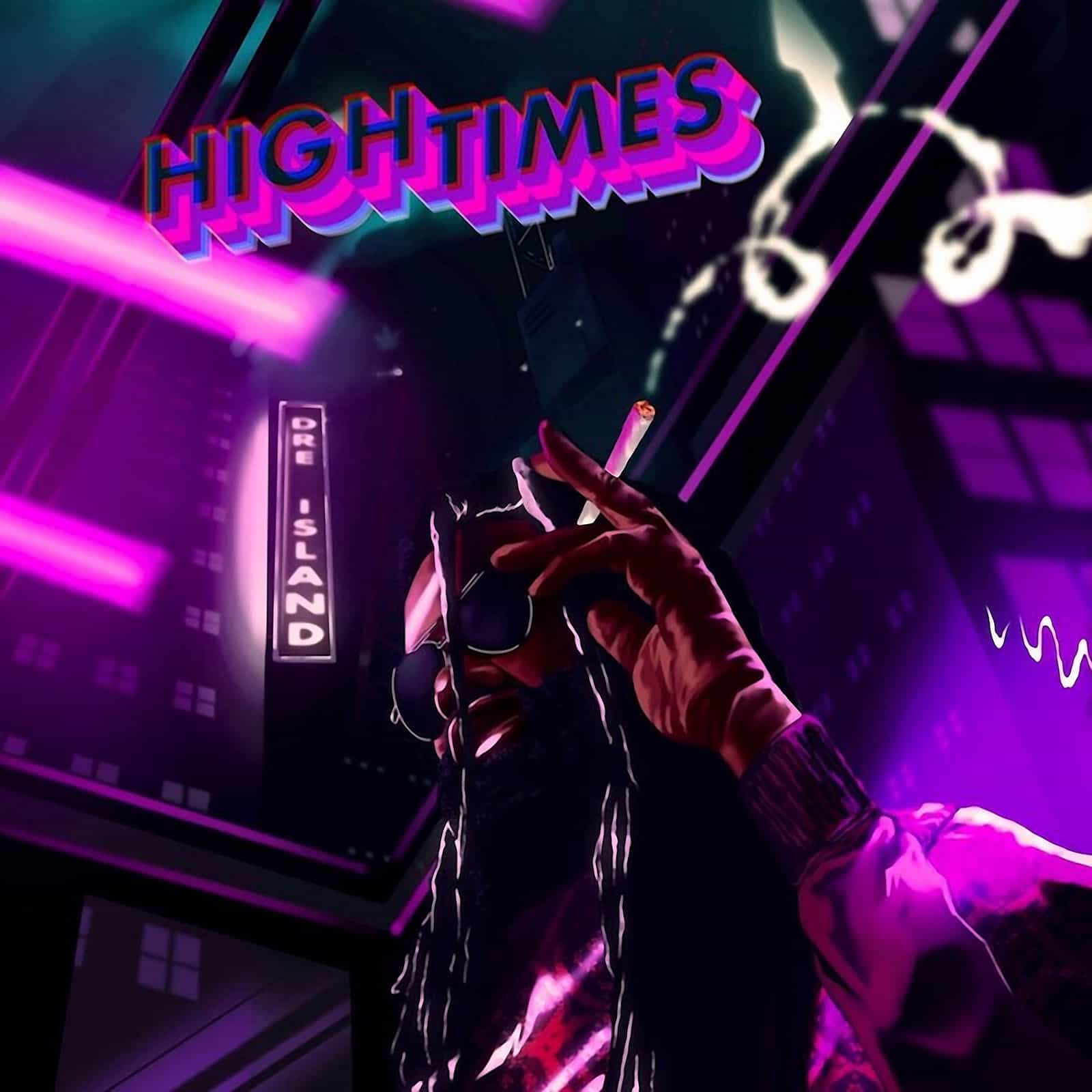 The multi-talented Jamaican artist Dre Island sets course to elevate mind, body, and soul on his upcoming sophomore album High Times, out now via DubShot Records. Following his 2020 debut Now I Rise, the eight-track LP is a steady burn through life’s most precious moments while being under the influence of marijuana.

The album is now available on all digital platforms: https://ingrv.es/high-times-ao2-5

Dre explains in greater detail the inspiration behind the album: "It's about living life to the best of its ability, ya nuh, appreciating nature in its purest form. Where the herbs, marijuana is concerned, that is the first inspiration that led me to the whole thought of the album High Times. Just appreciating yourself as a person, as a human being. Just note to self, motivate yourself and stay in that high moment with that high energy with that high soul...each of the 8 tracks speaks individually to different moments of being high, or getting high, or living high...Every single one of the 8 tracks are about MARIJUANA, nothing else but MARIJUANA."

Dre Island continues to enhance his high, whether it is through love or cannabis,  in this nuanced song collection. The album’s title track featuring dancehall prodigy Skillibeng is a straightforward celebration of simple pleasures—papers and good kush—paired to the sounds of swirling key chords and a thick trap bassline produced by Jafrass. As the album progresses, Dre Island shifts to the upbeat tempo of contemporary tropical dance music on “High With You,” a classic tongue-in-cheek weed anthem alluding that the plant is a close friend. A video for “High With You” is set to be released with the album. “Take Me High” is a slower, more contemplative ode to ganja that reworks Louis Armstrong’s lyrics about “trees of green” into the more smokeable type. Roots reggae legend Richie Spice links up with Dre Island on “High Grade Smoke,” produced by Jamie Roberts. “With a vision so clear, meditation pure, so don’t partake if you’re not really sure,” flows Dre Island as he extols the virtues of the herb, capping it off with a warning label for responsible use only.  Other producers on High Times include Kushface, Green Lion Crew, Che Big 12, Zimi, TJ Records and Tac Dem.

Dre Island will celebrate his album release in NYC on June 3 at SNS Bar with sounds provided by Federation Sound. On June 5 he has a special performance in Brooklyn at Prospect Park’s Boathouse  + Audubon Center as part of I AM caribBEING’s special event series celebrating Caribbean-American Heritage month. Dre Island’s High Times Summer Tour will pull up to select cities throughout July and August. Dates to be announced at a later date.

With his gravelly vocals and calm demeanor, Dre Island evokes a mystery and edge that gravitates reggae and dancehall fans alike. Complex calls him “one of the most refreshing voices in reggae right now.”  Born Andre Johnson on May 2, 1988, Dre Island hails from the Red Hills Road section of Kingston, a part of town where gunshots and crime are in abundance. At the age of three, his father asked him what he wanted to do when he grew up, his answer was one word “piano!” To avoid Dre turning to the streets, his grandmother nurtured his interest in music. She brought him to church to sing in the choir and take piano lessons. Once introduced to the studio, a young Dre observed keenly the ins and outs of every facet of the recording process, while developing a talent for production using his classical piano training. His superb musicianship and revolutionary vocals have been shaking sound system speakers for several years now. He has become associated with the "reggae revival," a term used to describe a new wave of conscious, spiritually-awakened artists evoking the golden era when foundation reggae artists sang of oppression. Despite heavily embracing the spirit of reggae and Rastafari, he tries to remain genre agnostic.  He turned heads outside of the reggae sphere in 2016, when he teamed up with UK sensation Jorja Smith on the Cadenza-produced track "People" (which was voted Hottest Record In the World by BBC's Radio 1 host Annie Mac) and more recently in 2020 with Wylcef Jean on “Justice,” a rally cry and ode to Ahmaud Arbery. In 2020, Dre Island solidified his role as one of the top artists in Jamaica with the release of his debut album Now I Rise in a partnership with DubShot Records. The album was received with critical and fan praise alike, with hits like “We Pray” feat Popcaan receiving over 42 million + YouTube views. His follow up album High Times will take him to heights in 2022.