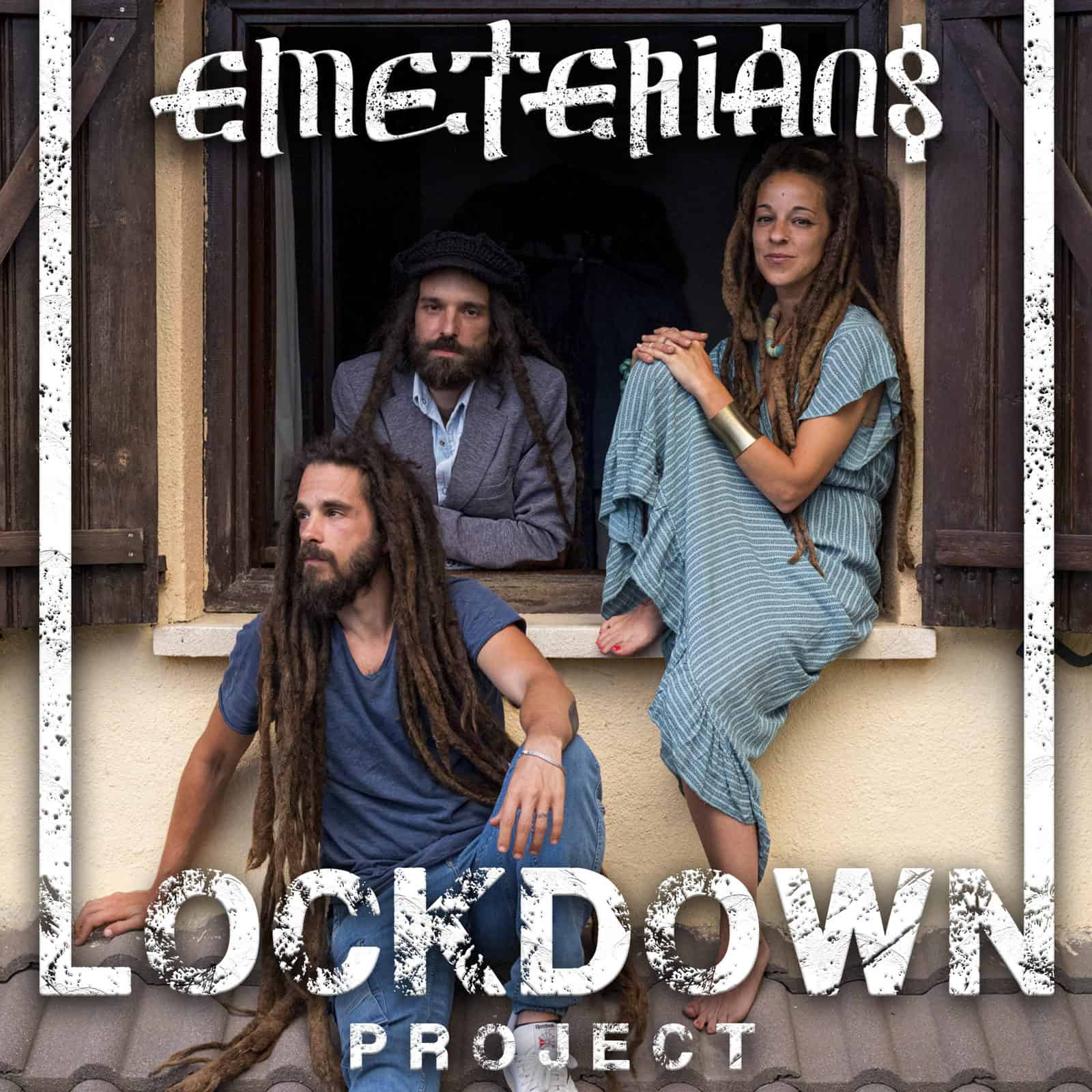 Emeterians vocal trio strike back with a brand new album "Lockdown Project" co-produced by Cosme Deyah. The 10 tracks were recorded during lockdown in Spain, in August 2020

Emeterians (Sistah MaryJane, Brother Wildman & Maga Lion), the harmony group from Spain, bring 10 new tracks with a different flavour. Co-produced by friend and Spanish producer based in the UK, Cosme Deyah, their 7th studio album was recorded during lockdown in Madrid, in August 2020, at their own home studio.

With two singles released in mid 2021: "Be Careful" with Forward Ever Band & "Call Me Anytime You Want" placed in the best Reggae playlists such as Crucial Reggae and Apple Music´s Dubwise, the trio drops two perfect references of what the album is all about... classic Roots harmonies over a mix of Reggae, Rap and Dub instrumentals that they built, recorded and arranged themselves.

A perfect blend of traditional Jamaican music with Rap and Soul, with their own touch of course...

The "Lockdown Project" starts with the autobiographic gem "Our Story" in which the group sings about their begginings and their London experience. This album has a new taste, mixing 808´s with classic skanks on some tracks like "Irie", or "Not Dem", talkbox and vocals perfectly blending on "Super Lady" with J.M.Boix on lead guitar, a re-lick on the classic riddim "Real Rock" in which they tribute some of their favourite Reggae artists...

"Our music and lyrics are specially meant for the new generations. In this project we mixed modern elements like 808´s, trap hihats or even some sampling to our classic style of Reggae so we can also connect with the younger audience all over the World, while keeping faithfull to our style and fans..." said Maga Lion, who mixed and mastered all tracks, except for "Be Careful" by Saul Wolf.