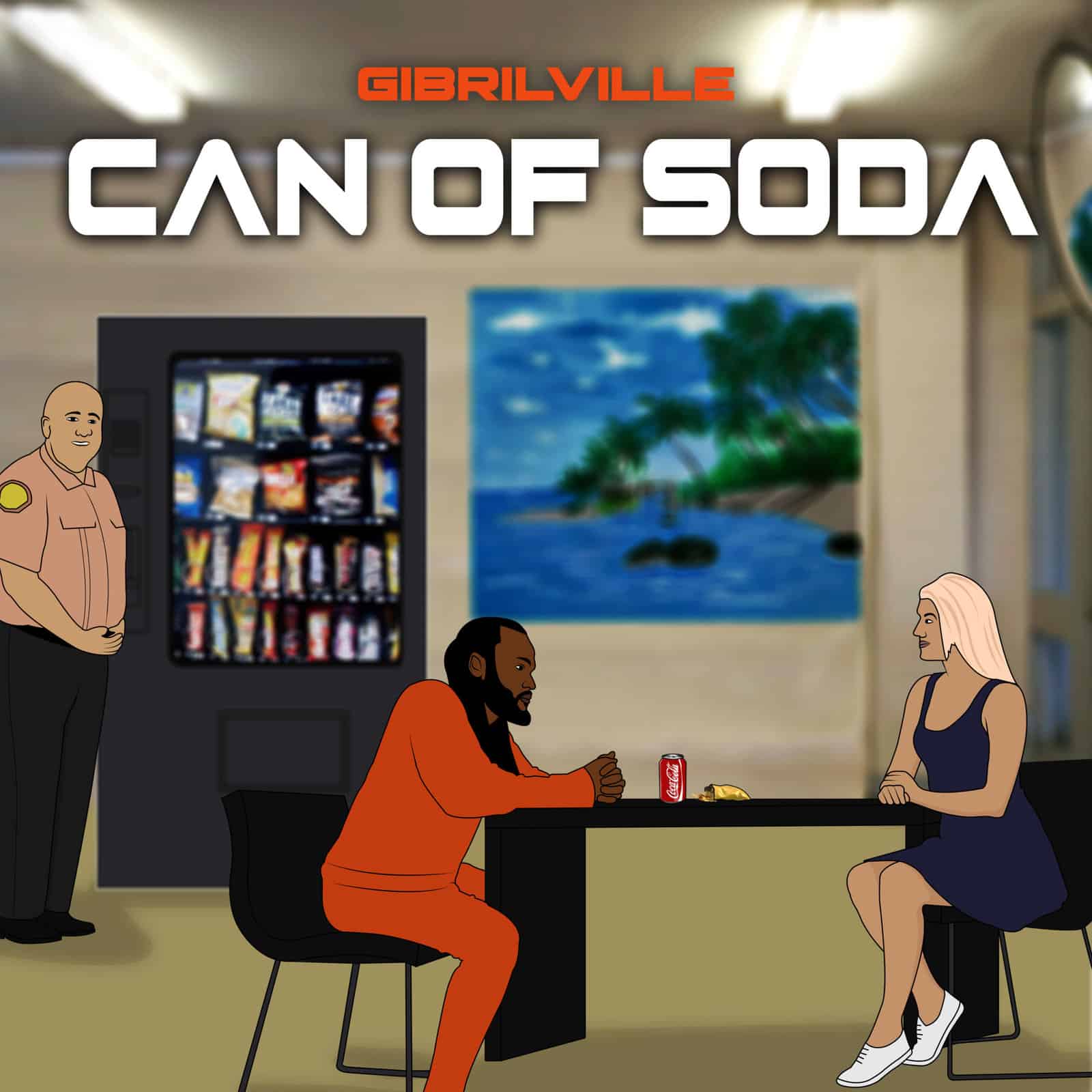 Hot off the back of his Akademia Award, hip-hop and afro beat artist Gibrilville released his latest single ‘Can of Soda’ on June 22nd. Awarded the 2022 Outstanding Legacy Award on June 4th in California, the award acknowledged Gibrilville’s contribution to creating a musical legacy deemed timeless and important for future generations. Following the success of this, Gibrilville will be releasing ‘Can of Soda,’ a collaborative single from his upcoming album ‘GTMBTD.’

With half a million Spotify streams already under his belt from the release of his single ‘Dididaada,’ ‘Can of Soda’ follows the release of ‘Angels’, which addressed his struggles while in prison. ‘Can of Soda’ is filled with heartbreak and pain, a part of Gibrilville’s journey that is still as important as the happy moments. He explains, “I went into prison with a lot of pain. My ex and I had just lost a child due to complications. We really wanted the baby. I handled it badly, and I became unfaithful.” He met Jessica and fell in love immediately, touching upon their love story in the single. “Emotionally ‘Can of soda’ is heavy and is the perfect follow up to ‘Angels’ as my life story unfolds through my new album, ‘GTMBTD’,” Gibrilville explains.

While the subject matter weighs heavy, the vibe of the track is light, exploring summer vibes, which appropriately coincides with the summer release date. Using contemporary production of rhythmic afrobeats and effective synth parts, the true storytelling is actually in Gibrilville’s dynamic delivery.

Unraveling the story of his time in prison, the clarity of Gibrilville’s voice shines through, each word loud and clear, refusing to shy away from his troubled past. Instead, he embraces his journey, recognizing what has happened and allowing himself to move forward through music. Lyrically ‘I’m locked up on the judge’s order’ and ‘before my visiting hours are over, let me get a can of coca cola’ sheds a light on his time in prison, while ‘we had a connection’ touches on his romantic relationship with Jessica. Gibrilville’s honesty and openness invites listeners into his personal story, making it a relatable listen.

‘Can of Soda’ was produced in collaboration with KaySo, a producer from Ghana, Gibrilville’s birthplace. KaySo immediately connected with Gibrilville, understanding the direction of the song and the craft of Gibriville’s captivating storytelling.

‘Can of Soda’ was released through Foreign Exchange Records, a music production company founded by Gibrilville, as part of his mission to push hip-hop and afro beats music globally.

Song - Can of soda