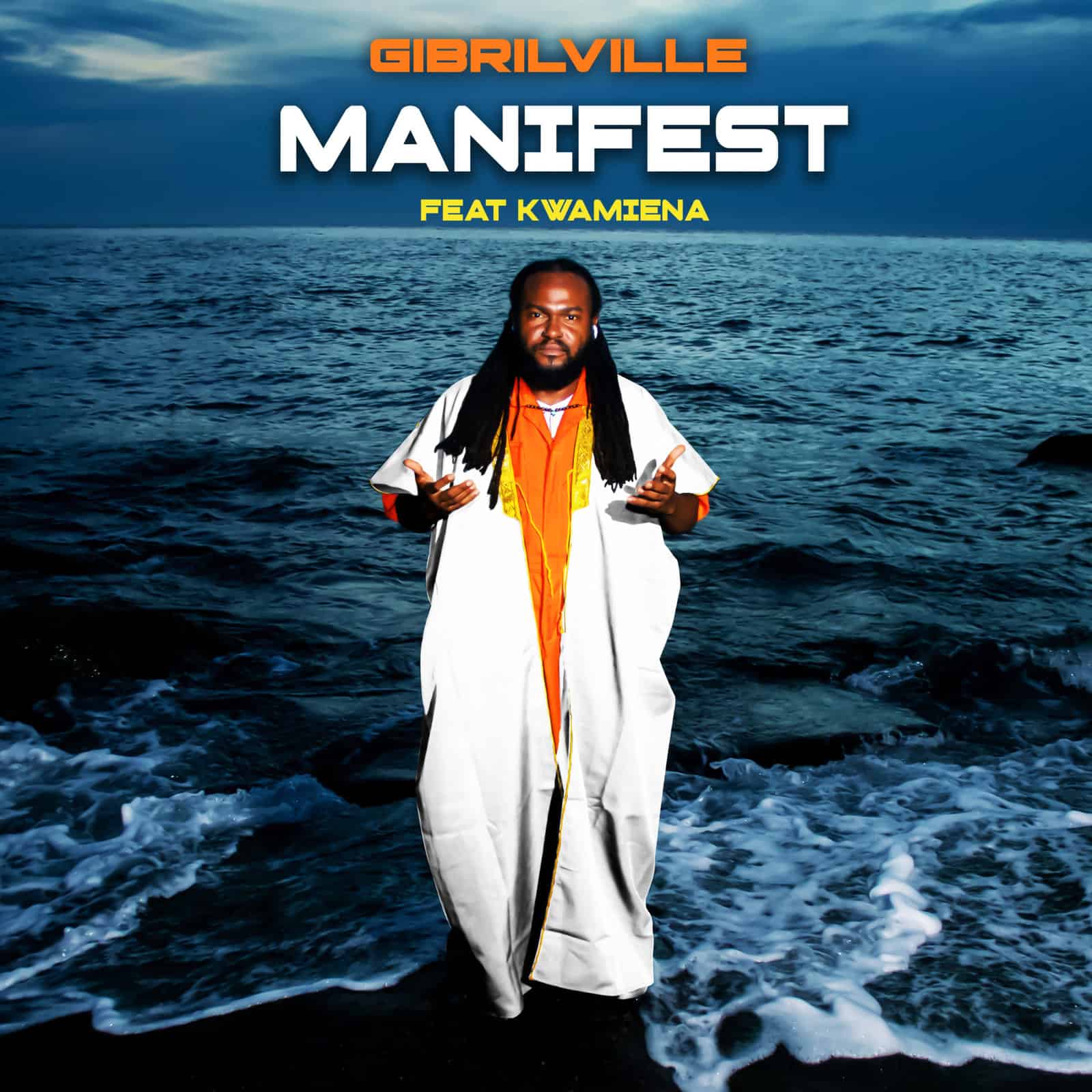 Following the release of his single ‘Can of Soda’ and receiving the Akademia Award for 2022 Outstanding Legacy, hip-hop and afrobeat artist Gibrilville is back with a bang. ‘Manifest’ featuring Kwamiena, is the upcoming single, ahead of Gibrilville’s album ‘Good Things Manifest, Bad Things Defect.’ The feel-good track was made in collaboration with producer DJ Pain.

Originally working together in 2014, when Gibrilville made music under his alter ego screwface917, DJ Pain and Gibrilville reunited to create ‘Manifest,’ a song that’s sure to catapult Gibrilville into the spotlight. ‘Manifest’ addresses the overall concept of the album, aligning with Gibrilville’s own life journey. “I wanted to develop the concept of the album ‘Good Things Manifest, Bad Things Defect’ and the title felt powerful enough to be a whole song. So I reached out to DJ Pain and asked for some new production. As soon as I heard the beat, I knew I found my title track.”

Fusing together atmospheric R&B with soulful electronics, ‘Manifest’ opens with a harmonious piano, as Gibrilville invites his listeners in; ‘I’d like to welcome y’all’. Descending strings transcend into the euphoric drum beat, while heartfelt backing vocals accompany Gibrilville’s effortless flow. Sprinkled with ethereal synthesizers, and dropping into occasional Lo-Fi segments, ‘Manifest’ perfectly blends the electronic world with raw, acoustic instrumentation to make the track feel alive. Gibrilville uses his skills as a lyricist, alongside clever wordplay to tell a story, ‘watch good things manifest in peace, love and respect.’ The result is an uplifting soundscape that strengthens the title of manifestation. It feels powerful and exhilarating - as if it’s manifesting bigger things.

Taking lyrical references from DMX's album title from 1998, and being inspired by his interviews, Gibrilville’s wordplay in the third verse displays his connection to DMX, who passed away shortly after Gibrilville finished writing the record. “One of my biggest musical influences in hiphop is DMX" says Gibrilville, “and this record felt complete by paying respect to him.” Rising artist Kwamiena also features on the track, after Gibrilville saw Kwamiena perform ‘Purple Rain’ on stage one night. Blown away by his performance, Gibrilville invited him to be a part of the track, where they recorded together at a studio in East Legon.

For Gibrilville, music comes from the heart and he takes his own life experiences and crafts them into music that listeners can connect with. His career has been vibrant, opening shows for Guns N Roses, supporting Adrenalin Mob, and recording with and playing for Dead Prez. While an EP release is scheduled for summer 2022, ‘Good Things Manifest, Bad Things Defect,’ will arrive later in the year.

‘Good Things Manifest & Bad Things Defect’ is scheduled for release in late 2022, and will be released on Gibrilville’s own music production company, Foreign Exchange Records, a label he has created to push hip-hop and afro beats globally.