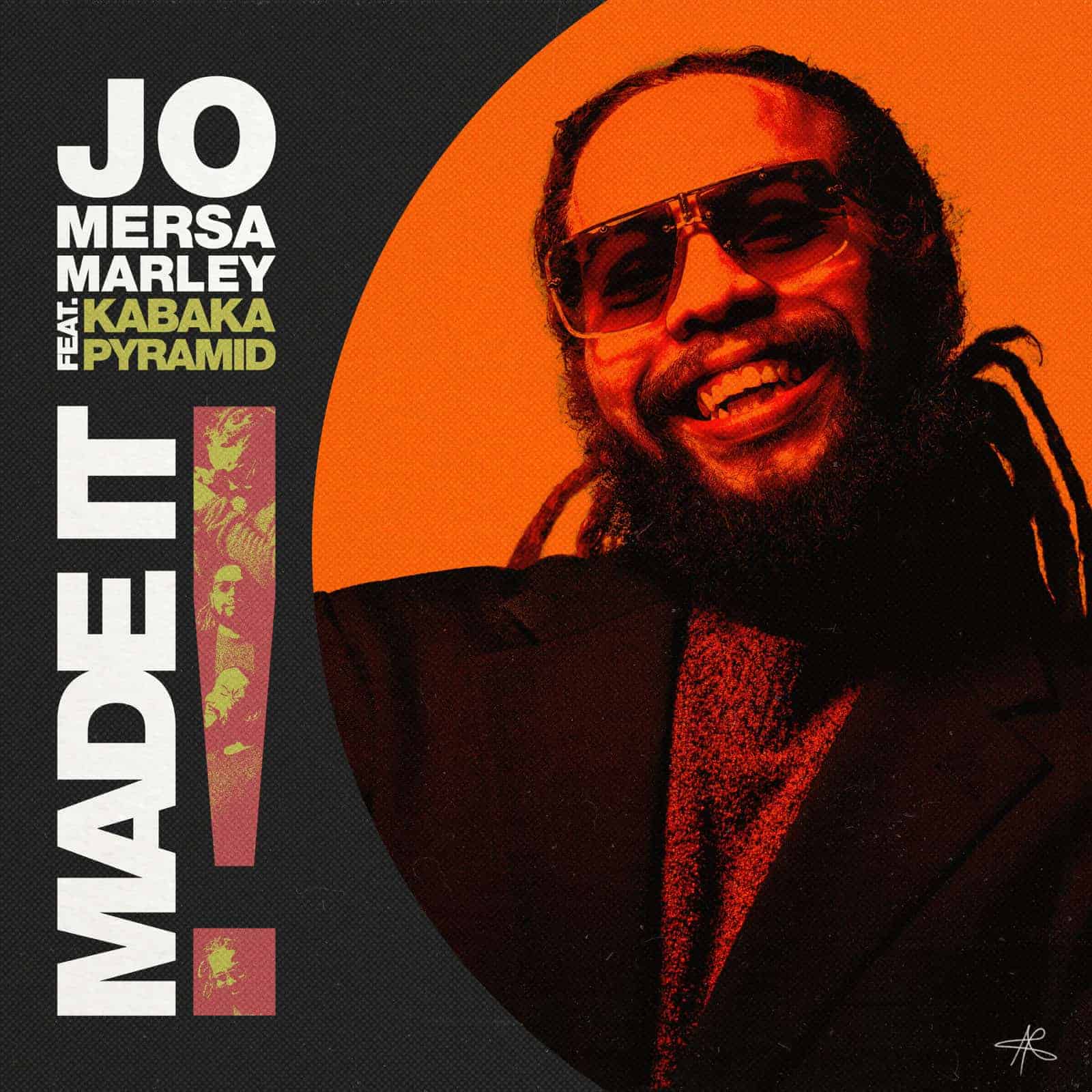 Bombocat     DJ Pack     Ghetto Youths international     Jo Mersa Marley     Kabaka Pyramid     Mainstream     MP3     Pop     Reggae     Silent Addy     Single     WAV
Buy/Stream Description
The reggae genre originated in Jamaica in the early 1960s. Since then, historical figures like Bob Marley have taken the intricacies of the reggae genre into mainstream music with an overwhelming welcome from mainstream media. Following in his grandfather’s footsteps is Jo Mersa Marley, son of Stephen Marley, who is gearing up to release his feature EP Eternal come May 21, 2021. To precede the release of this long-anticipated project, Jo Mersa Marley has released Made It featuring Kabaka Pyramid, the second single off of the EP on April 23, 2021. Produced by Silent Addy and Bombocat, Made It celebrates the day when walking away from the constraints of the nine to five becomes a reality and the longing of fulfilling that dream as the only mission. Made It is the brainchild of Jo Mersa Marley, stepping outside of the moniker of a Marley, to look through the lens of an artist who had to work multiple jobs to feed his passion or provide for a family. Made It is a track that millions upon millions can relate to; struggling to find their way out of the confines of “working to live” to find freedom in passion and life itself. Featuring a reggae, afro-pop infused sound, Made It provides the long-anticipated taste of the sound, feel, and tone of Jo Mersa Marley’s upcoming EP Eternal. His latest project, Eternal includes seven original tracks: Guess Who’s Coming Home Yo Dawg feat. Busy Signal Company feat. Melli Made It feat. Kabaka Pyramid No Way Out feat. Black Am I Thinking That Dream To learn more about Jo Mersa Marley, or to stream “Made It”, please visit: https://ghetto-youths-international.lnk.to/Made-It
Mainstream, Reggae, Single