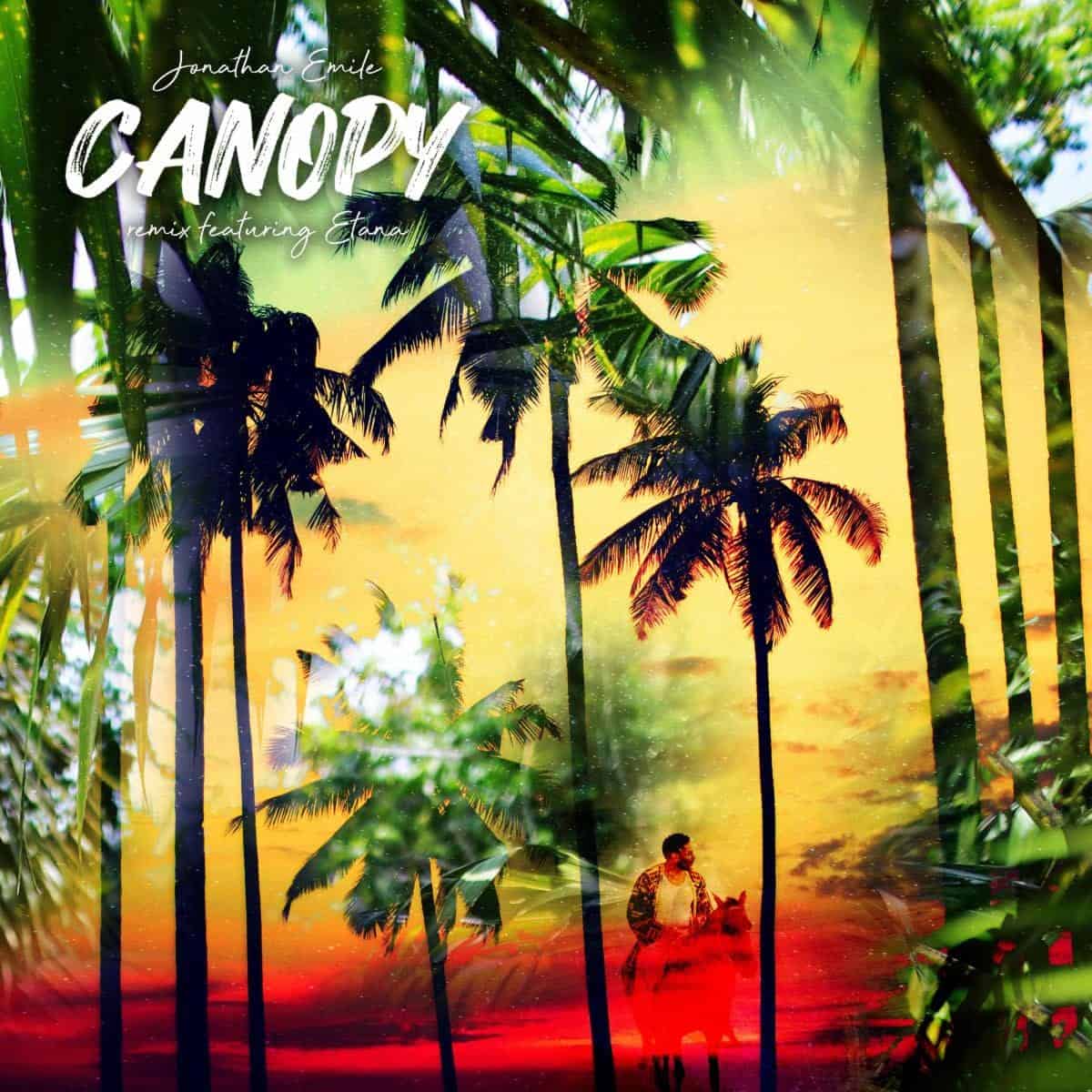 Etana     Jonathan Emile     MP3     Reggae
Buy/Stream Description
Jamaican-Canadian singer, rapper, activist, conference speaker, poet, and cancer survivor, Jonathan Emile has teamed up with Grammy-nominated reggae songstress Etana for the remix of his latest single "Canopy." The collaboration finds the pair contemplating their Utopian vision of love and security, as they whimsically trade vocals: Hate could be a thing of the past Some things are just not meant to last And I just want to rock it with you The sky and the ocean blue I wanna be free Under a canopy About the collaboration, Emile offered, "'Canopy' is a lovers song with an old time ska vibe that transports you to the tropics. The remix was pure joy to create with Etana, whose voice flies the listeners to a Caribbean paradise. Some of the most memorable and love-filled moments of my life were spent in the sun and on the beach with my queen. Valentine's Day is the perfect time to revisit these memories as lovers, and plan to create new ones. Can't thank Etana enough for joining me on this remix. I'm grateful for the energy, soul, and creativity she brought to the tune." Etana added, "the vibe of the song is about all around free love. I truly enjoyed working with Jonathan." The "Canopy" remix drops hot on the heels of Emile's latest album, Spaces-in-Between, which released on January 24th via the artist's own MindPeaceLove label (distributed by reggae legend Bob Marley's Tuff Gong International). Before landing the coveted top spot and cover image of music streaming service TIDAL's flagship "Roots Revival" playlist, the track first premiered on SiriusXM The Joint last weekend during Emile's interview segment with DJ Gringo. The program was pre-recorded during a recent NYC promotional run that also featured an album launch event hosted by Caribbean music, arts, and culture hub LargeUp, at Brooklyn hotspot Bembé. Emile also held album launch events in Toronto and his hometown of Montreal. Jonathan Emile's debut album The Lover/Figher Document featured guest vocalists like Kendrick Lamar, Murs, and Buckshot. Spaces-in-Between finds Jonathan exploring dub, reggae, and dancehall. The album was produced by Canadian singer-songwriter Paul Cargnello.
Reggae, Single
Log in