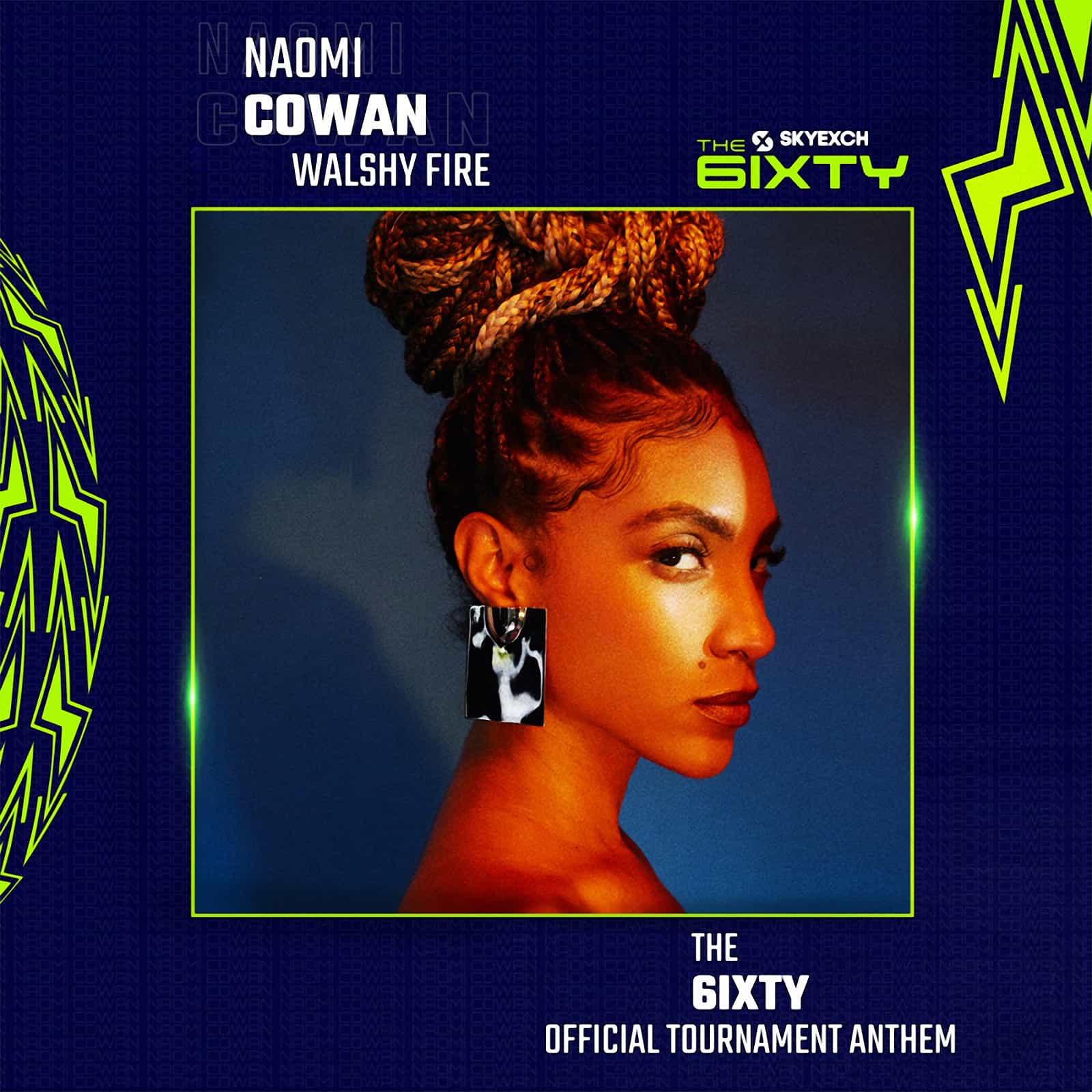 The theme song for THE 6IXTY tournament has been released ahead of the first running of the new 60-ball cricket tournament which gets underway on 24 August in St Kitts.
The song has been performed by Naomi Cowan, winner of the Jamaica Reggae Industry's
Breakthrough Artist of the year in 2018 and 2019. Cowan co-wrote and co-produced the song with Skorch Bun It and CoolBlaze and under her independent label, 7th C Records.
Cowan has seen her profile grow around the world over recent years with her song Paradise Plum getting global plaudits and radio play.

THE 6IXTY will see six men's teams and three women's teams compete for their own versions Universe Boss Trophy as this carnival of cricket launches in 2022. Naomi Cowan said: "I've always believed that the Caribbean has given the world the best in music & sport for many years. So, it's truly a privilege to be able to fuse my music with this new format of cricket. This is truly something to celebrate and I am excited to see where this partnership takes us. Having been part of the CPL family since 2019, it's only up from here!" Pete Russell, CEO of THE 6IXTY, said: "We are delighted to have one of the most talented performers from the Caribbean performing the theme song for this new event. We are certain that this song will become synonymous with the tournament and also gain wider recognition as a catchy and entertaining piece of music."

THE 6IXTY is a 60-ball cricket tournament featuring men's and women's teams. The first event will take place from 24 August to the 28 August. This fast-paced and innovative format will see the world's best cricketers entertain fans around the world. THE 6IXTY is a joint venture between Cricket West Indies and Caribbean Premier League. For more information visit www.the6ixty.com