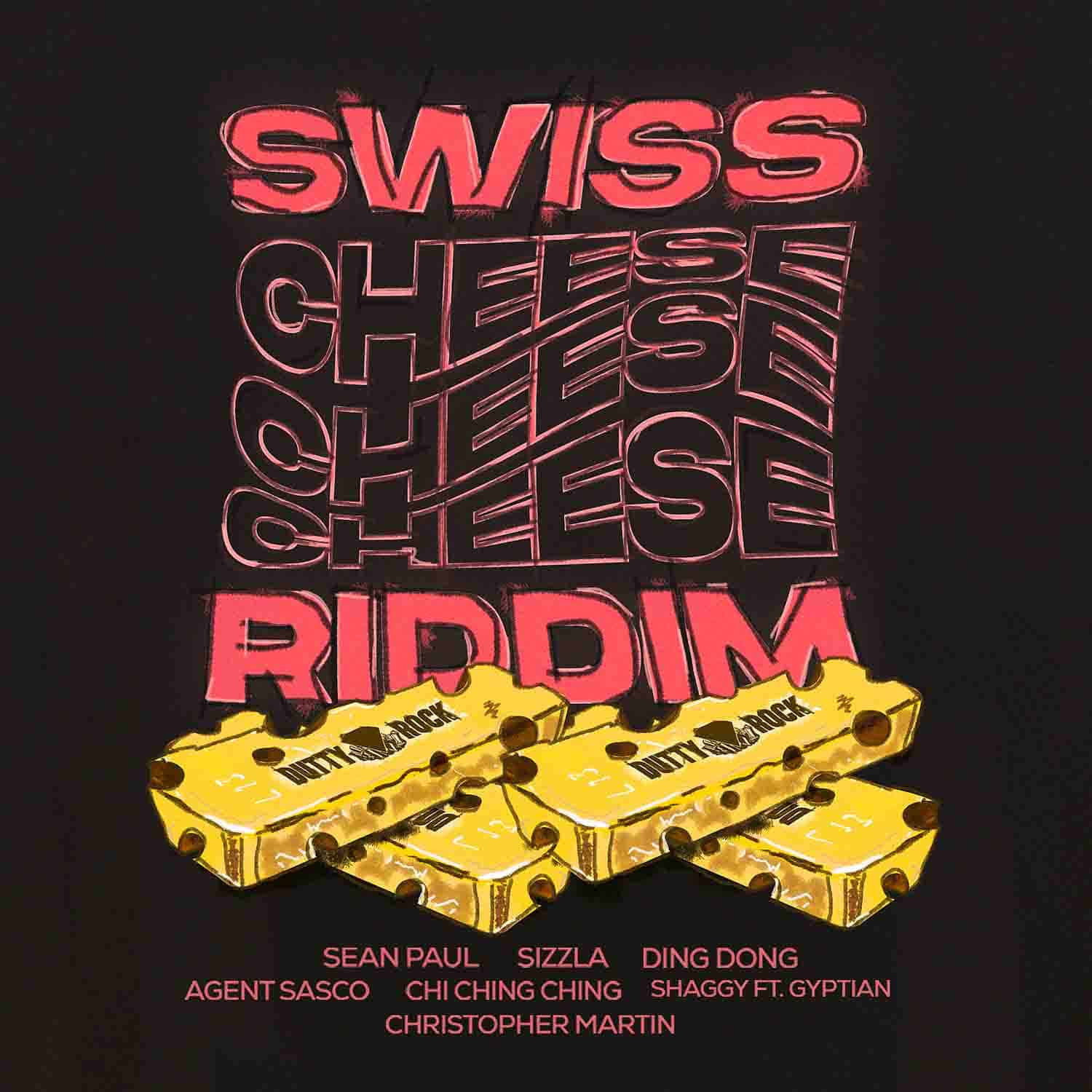 International Superstar Sean Paul Leads Star Studded Lineup on "Swiss Cheese Riddim"Armed with an arsenal of multi-platinum hits in his discography, 6 times GRAMMY luminary Sean Paul knows how to deliver the hits, and such is the intent with his newest release "Swiss Cheese Riddim" produced by Dutty Rock Productions, the label owned and founded by the music icon himself.Sean who has previously collaborated with Beyonce, Sia, Idris Elba, Rihanna and more, enlisted a star studded cast of the biggest names in Reggae and Dancehall music forthis project spearheaded by his production team of Sean himself, News, Jig Zag and Copper Shaun. "Swiss Cheese riddim" features Sean Paul himself with the track "Make the Ting Tense", multi-Grammy winner Shaggy featuring billboard star Gyptian "We Can Do This", Dancehall and Reggae star Agent Sasco "Swiss Cheese N Cheddar", Grammy nominated Reggae star Sizzla "A Better Way Out", fan favorite Dancehall artist Ding Dong ”Doin It Big”, Reggae soulful crooner Christopher Martin "Smiling Is Ez" and popular entertainer and rising artist Chi Ching Ching with "Hot Like Peppaseed".As fans excitedly waited on this latest project, the dancehall superstar explained the inspiration for the playful “Swiss Cheese Riddim” name. "The riddim was named after a line in Ding Dong song Titled -Doing It Big. In his pre-chorus he says Big Bank, Swiss Cheese, and as we heard the line we gravitated to it and said Yes that the name of the riddim.""Sean's track was actually inspired by Shenseea who first recorded on the riddim setting off the star studded domino effect as well as his oh so familiar vibe and style to make the female body move to his sound...... and just like many other track he displays his admiration for the ladies." stated News, Dutty Rock Productions label manager and producer."Swiss Cheese Riddim" is available December 4th, on all major streaming platforms and digital outlets through ONEprm https://onerpm.ffm.to/swisscheese