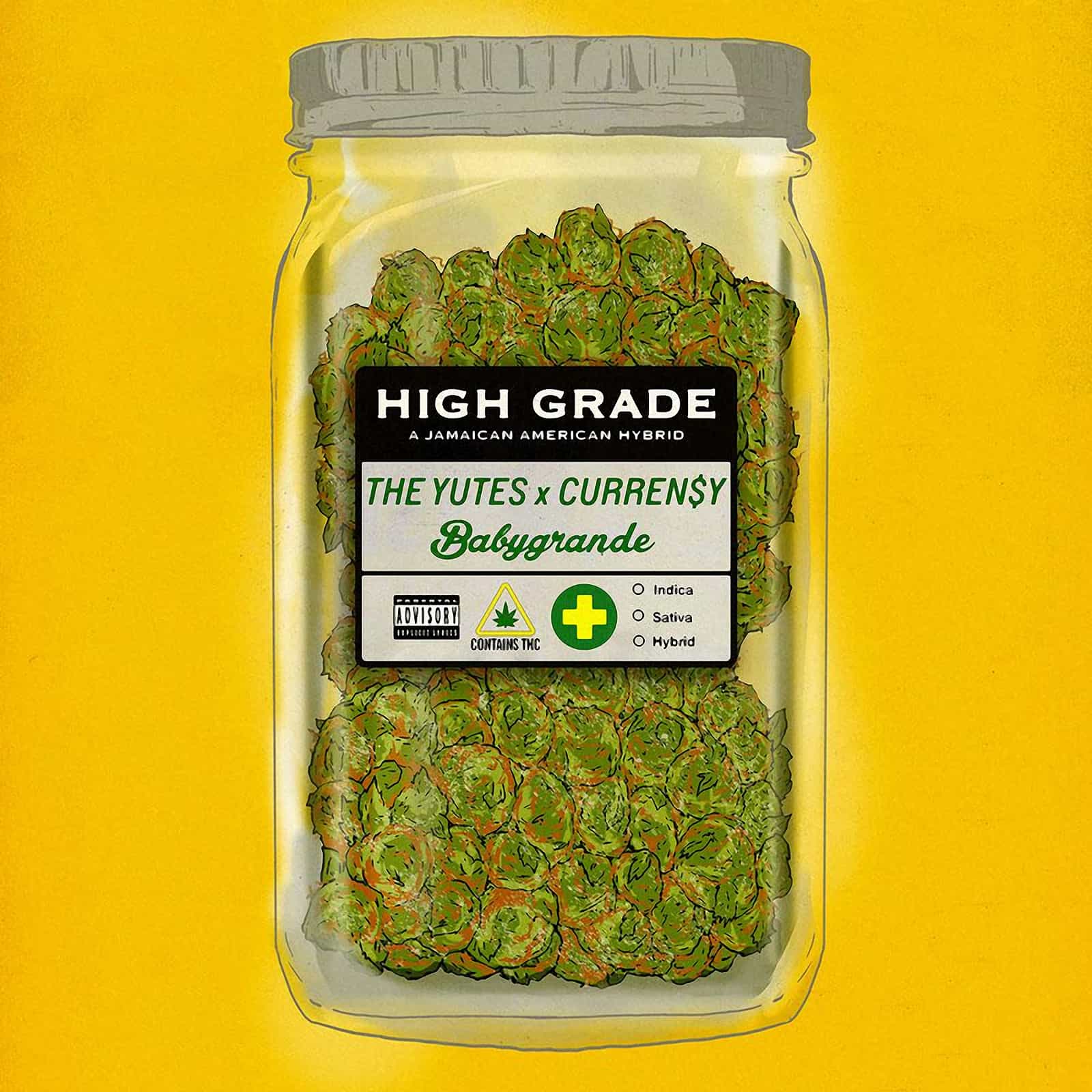 Babygrande Records     Clean     Curren$y     DJ Pack     Edit     Ez Muzic     instrumental     MP3     Raw     Reggae     Single     The Yutes     WAV
Buy/Stream Description
The Yutes, the brother duo composed of Chris and Santris, deftly combine their Jamaican heritage with modern trap elements into a dynamic sound with eclectic appeal. The sons of dancehall legend Mr. Lexx, The Yutes leverage an unparalleled authenticity and heightened musical sensibility to consistently push the creative envelope. Now, they’re bringing that diverse sound into the new year with their Curren$y-assisted single, “High Grade.” The Yutes’ premiere 2021 track is an infectious collaboration that leans into the respective parties’ marijuana affinity -- both sonically and conceptually. Augmenting familiar reggae tones with a hip-hop edge, “High Grade” is a distinct piece that finds footing in ranging musical camps to deliver a textured offering. The Babygrande Records’ single employs a hybrid singing-rapping aesthetic to express a mutual fondness for getting lifted with the assistance of some potent “High Grade.” As marijuana aficionados, The Yutes and Curren$y’s joint effort sparks a new smoker’s anthem that rises high above the clouds. Aside from the song’s rich sonics, a consequential element of the “High Grade” beauty exists within its boundary-breaking style. The fusion of hip-hop and reggae creates a musical Venn Diagram, offering familiarity for fans of both genres while imparting something novel in the process. It’s a microcosm of The Yutes’ musical mosaic artistry. Additionally, the timing of the release is auspicious, as the Democrats’ recent securing of the White House and Congress has placed marijuana on the precipice of legalization; most insiders believe that recreational marijuana will be legalized in 2021. As Chris raps, “Tell dem to free it, tell dem no cease it, the people dem need it.” After a rewarding 2020 campaign, which saw The Yutes’ “Bring It Back” track cross one-million Spotify streams, Chris and Santris are keen on building upon that momentum. “High Grade” is just the beginning of what’s sure to be a dominant run -- get ready for an all out blitz from The Yutes this year.
Reggae, Single