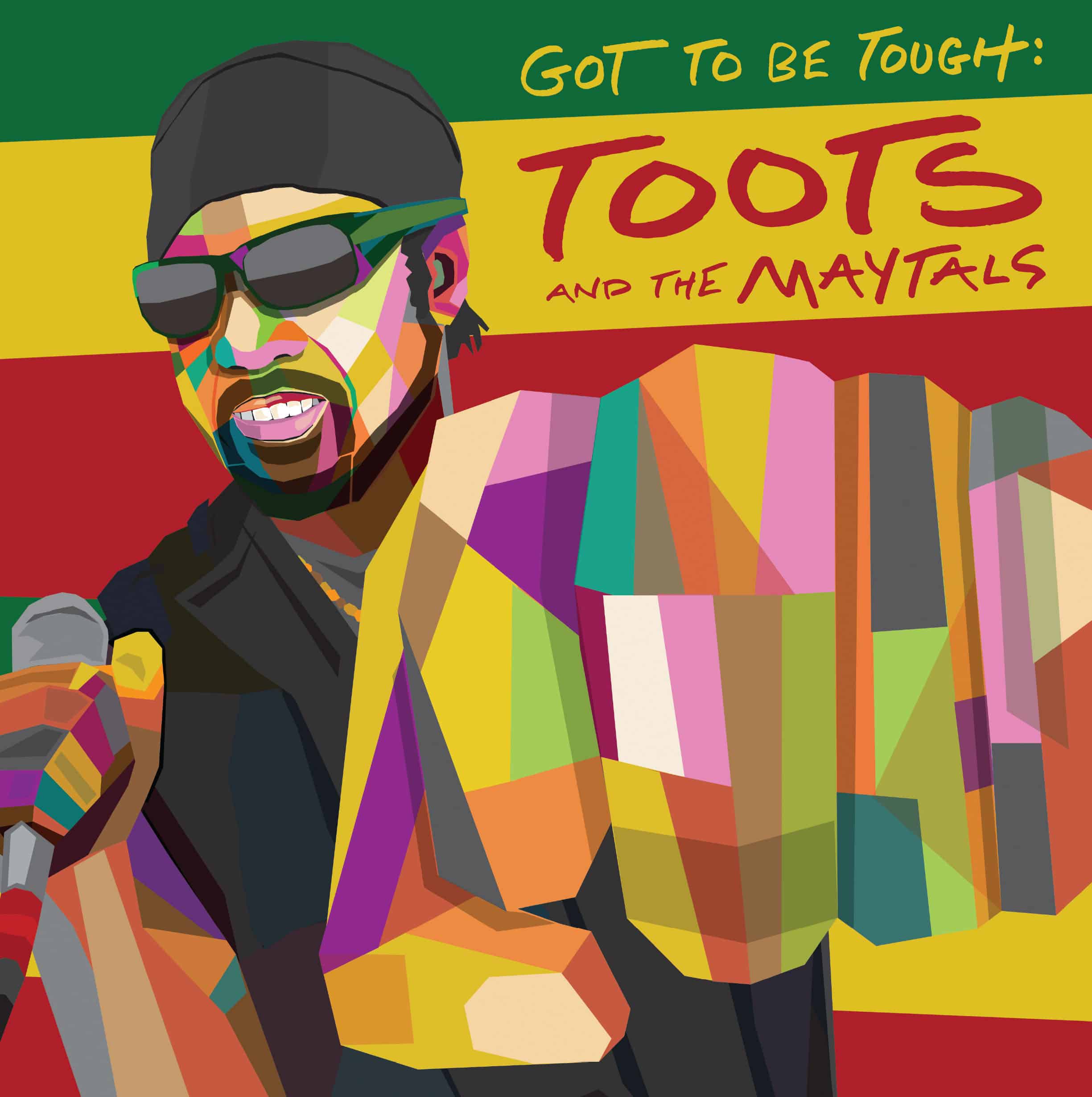 Today, legendary Jamaican artist Frederick “Toots” Hibbert released the lead single "Got To Be Tough" off his upcoming album of the same title. The highly-anticipated 10-song collection will stand as Toots' first studio album of new material in more than a decade. "Got To Be Tough" is an energizing provocation that renews the near six-decade career of the man who launched a new sound and genre with his 1968 release, “Do The Reggay.” The single comes with the welcome announcement of a full-length Toots and The Maytals studio album, set for global release via Trojan Jamaica / BMG on August 28.

“Got To Be Tough” is a reminder that through Toots’ creative veins run all the roots and shoots of the Black Diaspora. Blues, soul, r’n’b, funk, jazz, reggae, African griots – Toots honors, embodies and owns them. Throwing down an authoritative guide: how to survive and thrive amongst our earthly challenges.

During this time of global social and political unrest, Toots’ important voice is needed now more than ever. Harking back to the start of Ska, during the civil rights movement era in America and Jamaican independence in the 1960s, he has sung iconic truths such as “Monkey Man” and “54-46 Was My Number,” a wry but not bitter response to his unjust incarceration for ganja.

He hipped our heads in the 1970s with the dynamic pan-Africanism of “Funky Kingston” and the early warning message of “Pressure Drop”; re-defining soul with the Toots In Memphis LP in the 80s.

Toots has constantly evolved while staying uniquely the same.

Since his wrongful 1966 imprisonment – which spawned one of his biggest global hits “54-46 Was My Number” -- Toots has gained insight into the corrupt systems that try to dominate our bravest endeavors, and it is in his new resistance music that his anger at, and sensitivity to injustice in 2020 is more clear than ever. Returning with a message, with no apology – a warning, as he repeats for emphasis on his latest single.

The multiple GRAMMY® Award nominated and winning musician, vocalist, songwriter, producer and icon has made the wait worthwhile, crafting a stubborn groove, designed to inspire tenacity, while splendidly balancing joy and anger, pain and healing. Produced by Toots himself, who also plays many of the instruments on this album, alongside Zak Starkey on guitar, drums from one half of Sly and Robbie, Sly Dunbar, percussion from Cyril Neville, and a mighty horn section arranged by Toots himself.

Tough though the message is, your body has to respond to these songs, and your mind will follow. An impeccable performer himself, Toots knows that the dance itself is a primal exorcism; a greater guarantee than any that, helped by heeding this warning, we will live to "Do The Reggay" into the 21st century and beyond.

Got To Be Tough the album will be available worldwide from August 28.