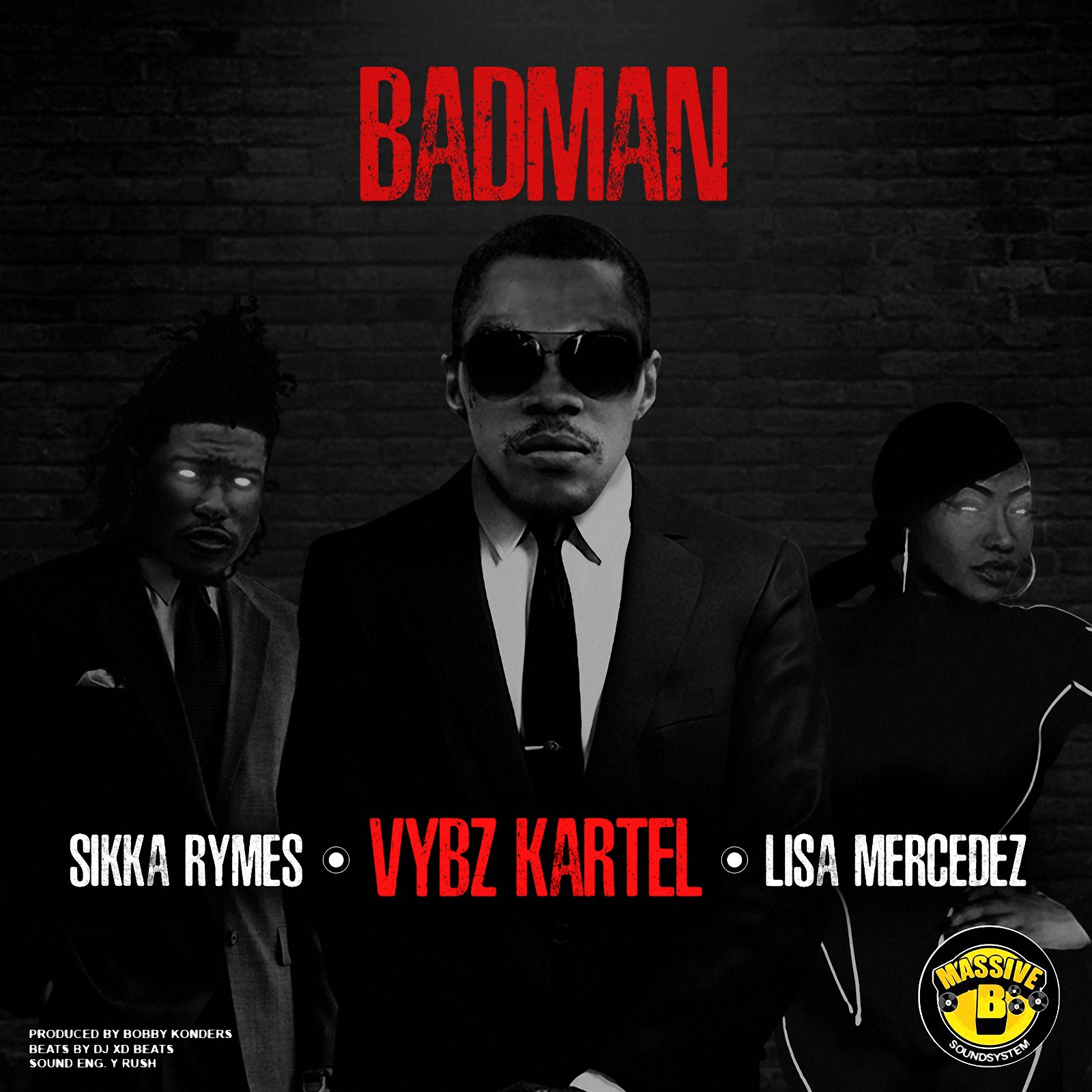 Massive B’s Bobby Konders teams up yet again with Dancehall icon Vybz Kartel, accompanied by Lisa Mercedes and Sikka Rymes for “Badman”. The record continues the Brooklyn drill sound that has taken the country by storm beginning in 2019. “Badman” is the first release following the recent partnership between Massive B and Ineffable Records, based out of Oakland, California.

“Badman” begins with a short monologue by Vybz Kartel paying his respects to the late Pop Smoke. Throughout the song Vybz Kartel and company reminds us of the reality of the streets alongside the trials and tribulations that come with living said lifestyle. With the tracks gliding bass, and raw grunge sound the trio takes listeners on a musical journey very reminiscent of Gotham City. Massive B’s trusted history with Vybz Kartel ensures that “Badman” is another hit to be added to their extensive catalogues.

About Massive B: Led by DJ Bobby Konders and partner Jabba, Massive B describes themselves as “Music for the People”. Founded in Brooklyn, NY, Massive B Sound System serves as an independent label and production outlet. Alongside Massive B’s expansive history of productions, Bobby Konders and Jabba have maintained a legendary commercial radio tenure on New York City’s Hot 97 fusing reggae and hip-hop together for millions to hear weekly.